The 20-year-old suspect has been identified as Jonathan Xie, of Basking Ridge

He also spewed hatred against Jewish people, allegedly vowing in an Instagram Live video that he would go to a pro-Israel march and “shoot everybody.”

The suspect, identified as Jonathan Xie, of Basking Ridge, was arrested Wednesday morning on charges of attempting to provide material support to a designated terror group, making false statements and transmitting a threat of interstate commerce. Though he spoke of the attacks, authorities say there was no specific plot. Xie is expected in federal court in Newark later Wednesday.

One official tells News 4 Xie has a history of mental issues, but his alleged actions, threats — and the fact investigators found three guns in his family home — were part of the reason they moved forward with the criminal terror charges. It wasn’t immediately clear if the weapons were legally obtained. 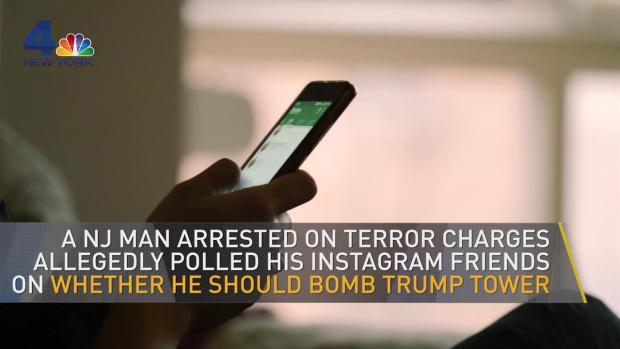 According to a criminal complaint, Xie lied in an effort to enlist in the U.S. Army for training earlier this year. Prosecutors say he went as far as completing a Security Clearance Application for National Security Positions in February and answered “no” to the question “Have you ever associated with anyone involved in activities to further terrorism.” An error occurred in the application processing and he had to do it again 10 days later. Again, he answered no to that question.

Xie allegedly said he wanted to join “to learn how to kill … so I can use that knowledge” and “Idk if I pass the training … If I should do lone wolf.”

Last month, FBI surveillance saw Xie outside Trump Tower in Manhattan. Shortly thereafter, according to Instagram records, he posted two photos to his account, one with the words “[S]hould I bomb Trump Tower,” a “Yes/No” poll and an emoji of a bomb imposed over the Trump Tower building image.

Records show Xie then posted on Instagram, “Okay, so I went to NYC today and passed by Trump Tower and then I started laughing hysterically . . . s*** I forgot to visit the Israeli embassy in NYC … i want to bomb this place along with trump tower,” according to the criminal complaint.

According to documents filed in the case and statements made in court, Xie appeared in an Instagram Live video in April wearing a black ski mask and said he was against Zionism and the neo-liberal establishment. He allegedly said he would “find a way” to go join Hamas if he could, then displayed a Hamas flag and got a handgun. “I’m gonna go to the [expletive] pro-Israel march and I’m going to shoot everybody,” officials say he said in that video.

In later Instagram posts, Xie allegedly said, “I want to shoot the pro-israel demonstrators . . . you can get a gun and shoot your way through or use a vehicle and ram people . . . all you need is a gun or vehicle to go on a rampage . . . I do not care if security forces come after me, they will have to put a bullet in my head to stop me.” 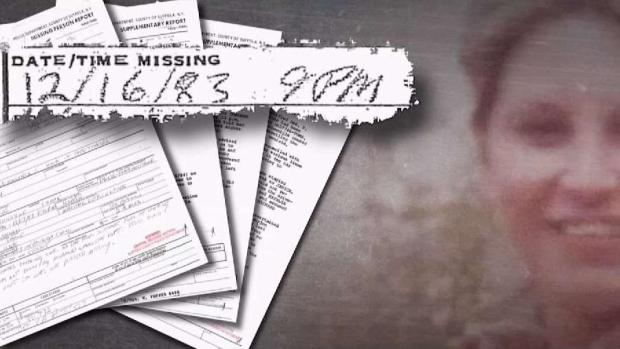 A woman adopted at birth searching for her biological mother stumbles onto what could be a 40-year-old Long Island murder mystery. The I-Team’s Jonathan Dienst reports.

The money to Hamas was sent last year, officials say. Xie allegedly sent $100 via Moneygram to a person in Gaza he believes to be a member of a Hamas faction that has conducted suicide bombings against civilian targets in Israel.

At about the same time, he allegedly posted on Instagram, “Just donated $100 to Hamas. Pretty sure it was illegal but I don’t give a damn.” He also allegedly sent a small Bitcoin donation last month just to see if it went through.

The investigation revealed other social media accounts for Xie, including a YouTube account which contained a playlist containing videos, many of which advocated or propagandized Soldiers for Allah, the war in Syria, Hezbollah (a foreign terrorist organization), and the Houthi movement in Yemen, as well as support for Bashar al Assad, Saddam Hussein, and North Korea.

“Homegrown violent extremists like Xie are a serious threat to national security,” U.S. Attorney Craig Carpenito said in a statement. “The actions that he took and planned to take made that threat both clear and present, and we commend our law enforcement partners for working closely with us to stop him before he could carry out his plans to commit violence on American soil. We will continue to do everything in our power to safeguard our country and its citizens from the threat of terrorism, whether that threat comes from abroad or – as here – from within.”

Each count of attempt to provide material support to terrorists carries a maximum penalty of 20 years in prison and a $250,000 fine. The false statements and transmitting a threat in interstate commerce counts each also carry hefty prison time and fines of hundreds of thousands of dollars.

Information on a possible attorney for Xie wasn’t immediately available. 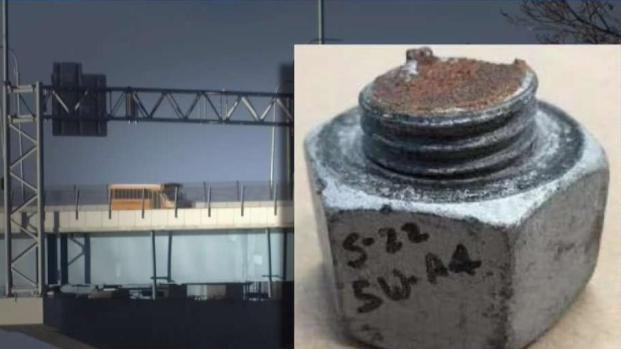 Did construction teams and engineers fail to report dozens of bolts snapping off while making the new Cuomo Bridge? The I-Team’s Jonathan Dienst reports.

“The FBI remains vigilant in its efforts to protect the public from those who support terrorist groups and ideologies,” FBI-Newark Special Agent in Charge Gregory Ehrie said. “Thanks to the hard work and determination of our agents and their law enforcement partners on the Joint Terrorism Task Force, this defendant’s further support to terrorism was disrupted and a threat to the safety of our community was averted. This case also illustrates the value of public awareness and participation. When you report suspicious activity, you become a force multiplier in the mission to keep America safe.”