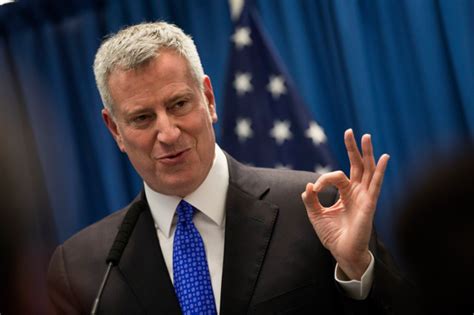 Walking to an event on the Upper West Side of Manhattan recently one early evening, I was appreciatively experiencing the New York City coming alive during an early occurrence of warmer spring weather.  I have also been noticing over the last several weeks, as the weather becomes more pleasant, that an increasing population of homeless people and panhandlers is present in every neighborhood and seemingly on every street corner in de Blasio’s New York.  It seems these days a person can’t sit outside in public for even a moment in New York City without being accosted.

In between my encounters with a virtually unending series of panhandlers, I watched as I was seated on a bench across the street from 15 Central Park West as various power brokers, celebrities, and reigning members of the establishment were ushered by their doormen into taxis, Ubers, and limos to the very best parties, restaurants, and cultural events the city has to offer.

I realized that many of the city elites continue to be to be untouched by the chaos on the streets of Mayor de Blasio’s city, encompassing even the benches right across the street from their building.  All of this was going on right in the neighborhood that is one of the most influential centers of Progressive politics and support in our nation.  The Upper West Side is where many left-wing celebrities, members of the media, and other influential and powerful people reside.

The rest of us who live in any big city dominated by Democrats experience every day the negative consequences of Progressive political policies and management in action.  The immediate signs of chaos on the streets of New York City starting in January of 2014 following Bill de Blasio’s inauguration as mayor were startling.  Clearly and immediately visible were dirtier streets, groups of homeless people congregating even in the best parts of the city, reports of increased crime, hordes of panhandlers on the subways, and a rapidly failing transportation system.

Bill de Blasio has declared his candidacy for president, focusing in on his progressive agenda of an activist government that will mitigate the economic unfairness of our society.  He views current economic conditions as unfair to many segments of society and wants government to play a key role in leveling the playing field.  The troublesome lesson that many of us have learned living in New York with him as mayor is that more government is the problem rather than the solution.

Municipal governments, especially union-dominated Democratic strongholds, are particularly responsible for creating and exacerbating the very problems they are supposedly trying to resolve.  Most often, progressives have not been held accountable for their poor performance in power.  Political promises made by progressives have an emotional appeal until the facts are examined.  Close up on a local level or afar on a national level, progressive policies simply don’t work.  Even more discouraging is that they most often make problems they are attempting to address worse.  Feeling is not doing, and unfortunately, many voters, especially on the political left, do not make this distinction.

Bill de Blasio and fellow Progressives’ real aim is to forcefully distribute wealth from the most productive members of society who have earned success through hard work and concerted effort.  They are in a crusade to level the playing field and often lower the standards of achievement and excellence for all except their fellow members of a small, powerful ruling elite and the politically connected.

Instead of unifying people according to our mutual interests, liberals in power promote division according to group, race, and class.  Their policies tend to promote dependence in order to purchase long-term voting allegiance. At the same time, they often neglect the interests of the majority of citizens, who tend to be working- and middle-class taxpayers.  The concerns of the taxpaying public are guaranteed to be last on a liberal’s priority list because there is a limited opportunity to buy future votes by making them permanently dependent upon special treatment by government.

A Progressive government looks to be highly involved in the economic decision-making of its citizens.  Rather, these matters should reside in the hands of the private sector, not the government.  The private sector traditionally played the primary role in the allocation of our economic resources, resulting throughout our history in a rising standard of living for all Americans and the creation until the Obama years of a rising middle class.

The private sector’s major strength is that it promotes an environment of competition.  Increasing levels of wealth are created over time by a free market system bolstered by competition and enhanced by freedom so individuals can take maximum advantage of opportunities that may arise.  A free market system is characterized by flexibility and efficient allocation of vital economic resources driven by the profit motive.  The resulting economic productivity is the real reason behind the economic success of the country and traditionally of New York City.

The Progressive class portray themselves as compassionate people who work for compassionate policies and social justice, intended to help people and especially those who can least help themselves.  Well, on the next pleasant evening, I invite any resident of 15 Central Park West to delay his ride to and take a moment to cross the street from his apartment and sit a few minutes on a bench.