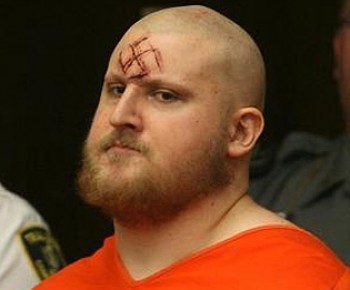 My name is David Solway and I am a recovering white supremacist. For many years I had no doubt that my supremacy and attendant privileges were morally and historically deserved. But of late I have begun to doubt these assumptions, owing to the tornado of contempt and animadversion that has come my way via the media, establishment politicians on the left, various identity groups, assorted intellectuals, and even former friends.

This has led me to reconsider my principles and beliefs, to subject them to relentless scrutiny in order to discover if there is any justice to the criticism and vilification I have endured, and whether I should modify my convictions and mend my ways. Obviously, I first needed to review these convictions and see precisely what they consisted of before I could arrive at a just conclusion.

It seemed to me that my “white supremacism” comprised some of the following items and elements.

However, I eventually came to understand that I was without question guilty of hatred and bigotry. True, I was brought up in a culture whose axioms I imbibed with my mother’s milk — also white — but that is no excuse. I never thought to examine the issue independently, which makes me equally guilty of laziness and congenital myopia.

I now feel great shame to have believed that science, medicine, art, technology and the rest of it constituted anything more than a mere whimsical distraction, that white European males comprised anything other than an evolutionary mistake, and that the world we inherited from them was not what it plainly is, a major inconvenience if not a blight upon the progressive development of the species.

But I must also confess that I am in something of a quandary. For what am I to do and think the next time I flick a light switch, pour a glass of filtered water from the kitchen tap, drive my car, shop at a supermarket with its laden shelves, make a phone call, turn on the television, visit the medical clinic for my tetanus shot and flu injection, consult my wrist watch, speak into a functioning microphone at the next academic conference I attend, ride the elevator, activate the AC unit that makes the humid weather bearable, use my credit card, click my ballpoint pen, work on the computer, cook on a propane-fired grill, shave with a handy razor, light the furnace against the winter cold, peer into a telescope at the local observatory, walk into a church or synagogue, buy a book with legible type, go to a movie, plug in my guitar amplifier, power my lawnmower, fly to Greece on a summer vacation, uncork a bottle of Languedoc wine and sip my evening Scotch, dine on salmon seined from the Pacific by white fishermen in perfectly engineered boats, buy a pair of comfortable shoes complete with tongue and uppers, listen to an opera in my living room, call a plumber to repair a broken pipe, deposit my earnings safely in a bank, rely on the rule of law and presumption of innocence, and so much more?

Come to think of it, not really a big deal (Photo credit: NASA)

In any event, I can no longer escape the heavy sense of guilt that weighs me down. As a white male of European lineage, I am now determined to salve and redeem my tarnished conscience and to forfeit my position of unjust pre-eminence. There is no way around it. I absorb texts that exhort me to apologize to those I have impenitently abused and make whatever amends I can. I attend meetings that purport to cure me of my debased addiction to the European project. I am presently studying Kijiji to find where I can buy a yurt.