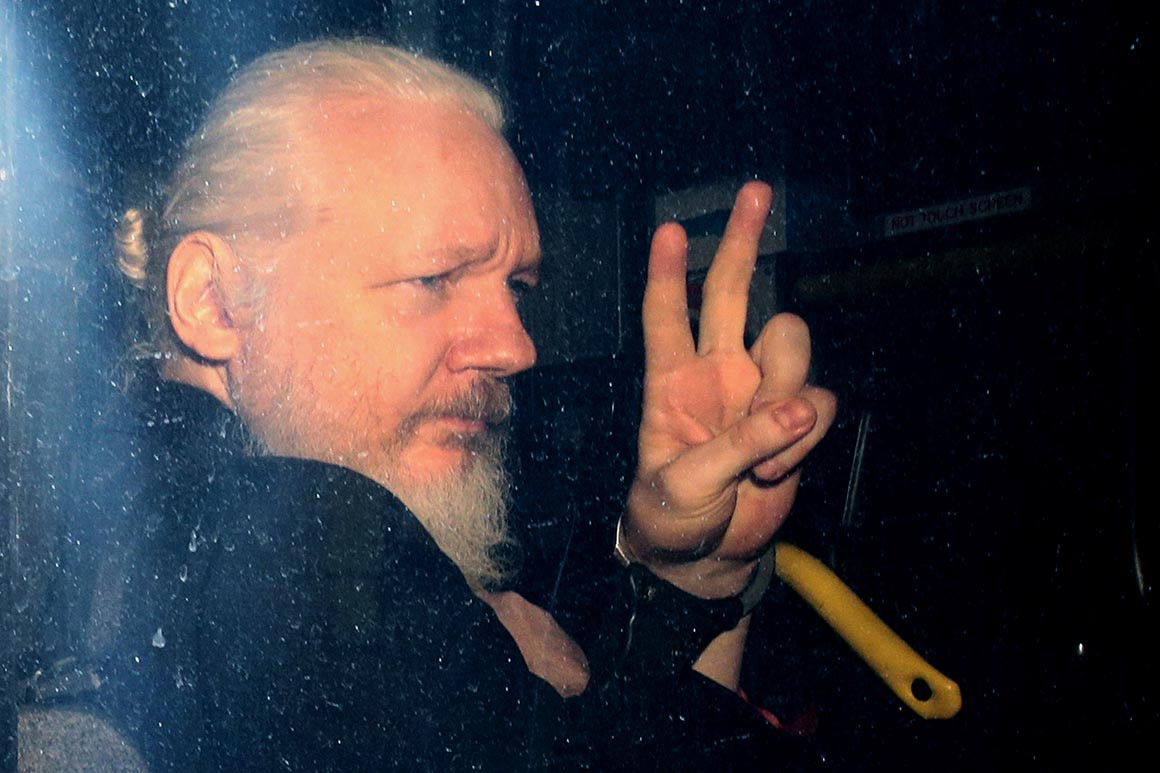 DOJ had previously only indicted Assange on a single count of conspiracy to commit computer intrusion. Thursday’s revelation of the additional 18 charges, filed in the Eastern District of Virginia, means Assange could face significantly more prison time if found guilty.

The alleged Espionage Act violations relate to Assange’s complicity with Chelsea Manning, a former U.S. Army soldier who was convicted in July 2013 of violating the Espionage Act after she shuttled troves of classified government information to WikiLeaks. Officials said Assange solicited the information from and then brazenly published details that put the government’s human sources at risk, disregarding explicit warnings from the government.

Traditionally, the Espionage Act has been used against government officials, like Manning, who reveal such classified information, rather than the journalists or foreign nationals who publish the information.

As a result, the use of the Espionage Act against Assange set off alarm bells among press freedom activists on Thursday. While WikiLeaks isn’t a conventional news organization, press advocates have long feared that charging Assange for the publication of government secrets could open the door to prosecuting reporters for doing the same.

One thought on “DOJ accuses Assange of violating Espionage Act”