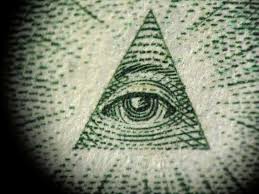 The 2019 edition of the exclusive Bilderberg Meeting will take place at the Hotel Montreux Palace in the Swiss town of Montreux from Thursday to Sunday.

According to Swiss daily Tages Anzeiger, US Secretary of State Mike Pompeo will also be among the attendees, although he is not on the official guest list on the Bildberg website.

The Swiss paper reports that Pompeo is set to sit down with Ueli Maurer. The two are tipped to discuss the situation in Iran where Switzerland represents US interests.

However, the Swiss Finance Ministry told The Local on Tuesday that no meeting was envisaged between Pompeo and Maurer.

The yearly Bilderberg talk-fest, which dates back to 1954, features a guest list of around 130 people from Europe and North America including everyone from royals to business tycoons and academics.

A highly secretive affair without a fixed agenda, the Bilderberg Meeting is regular fodder for conspiracy theorists who believe its participants act as a secret world government.

However, organisers argue the private nature of the event gives attendees the chance to hold informal discussions about major issues.

Topics up for discussion this year include climate change and sustainability, Brexit, China, Russia, the future of capitalism and the weaponization of social media.

According to the official Bilderberg website, discussions are held under the Chatham House Rule, which means participants can use any information they receive during the meeting but cannot reveal its source.

This year will be the second time the Bilderberg meeting has been held in Switzerland. In 2011, it was held in St Moritz in the country’s southeast.