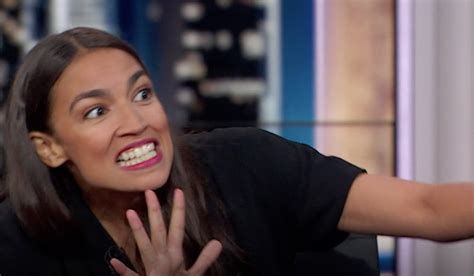 The Fresno Grizzlies, a minor league baseball team in California, played a double header on Monday. But it wasn’t their play on the field that drew headlines.

During a video presentation on Memorial Day, a clip of President Ronald Reagan’s first inaugural address was played atop of patriotic pictures honoring America’s veterans.

“As for the enemies of freedom, those who are potential adversaries, they will be reminded that peace is the highest aspiration of the American people,” Reagan said.

But just then, a shot of Rep. Alexandria Ocasio-Cortez popped up, right between pictures of North Korean leader Kim Jong Un and former Cuban president Fidel Castro. “We will negotiate for it, sacrifice for it. We will not surrender for it, now or ever.”

The scene was caught by Fresno Bee reporter Carmen George.