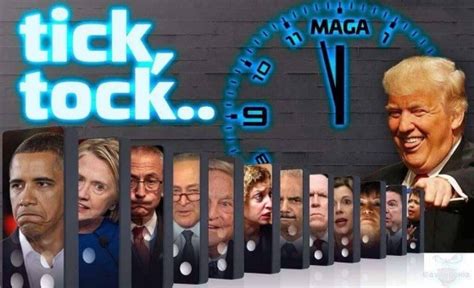 “Time to pay the piper” is an appropriate phrase for what I hope lies ahead in Washington, D.C.

The investigation of President Trump failed to find any collusion (or obstruction). The Democrats’ hero Robert Mueller and his team of prosecutors spent two years and $30-plus million to tell most of us what we already knew. Their report, designed to allow continual Democrat attacks, exonerated Trump. Despite best efforts, they failed, at least in the eyes of the Democratic rabid base.

With that out of the way, it is now time to pay the piper.

Attorney General William Barr is now tasked to investigate the origins of the phony investigation against President Trump.  The assault is over. The king is still alive and sounds of the piper can be faintly heard.

Speculation abounds regarding what was done and by whom. Like him or loathe him, Donald Trump is now on the offensive and he holds all the cards. Watergate may end up looking like a jaywalking violation by the time this investigation is over.

For the sake of the country, the investigation should be thorough, fair, and reasonably quick. The punishment need be commensurate with the offenses and painful enough to dissuade future corruption of this type. Sunshine, the best disinfectant, is anathema to both Dracula and the Deep State, but dawn is here.

We don’t know all that has happened because only part of the information is public. However, to understand what led us to this point, two major factors seem to have been in play.

President Obama, was on a mission to “transform the country.” When you view the United States as a cruel and exploitative country responsible for much of the horrific abuses in the world, it is natural to disrespect its history, traditions, and laws. (Recall Michelle saying

when Obama was sworn in that it was the first time she was proud of our country.) Also, recall Obama’s messianic approach to politics, including his “we are the ones we are waiting for.”

To correct for these injustices, you cannot be restrained by the same customs and laws that created them. Numerous Obama actions suggest a willingness to break or at least bend the norms and laws of this country:

This is a small fraction of what might be listed. The clueless Joe Biden, who defined Obama’s administration as having “not one single whisper of scandal,” apparently does not remember these and other questionable activities. His position either reveals his own IQ and/or tells voters how dumb he believes them to be. Neither interpretation is useful for Old Joe’s presidential hopes.

Obama’s arrogance was not unique. What was, was his near-unanimous support and adulation by the media. No other president has been so protected and worshiped by the press. Richard Nixon, Evil Incarnate to many, may have had better or worse intentions than Obama. We will never know because his adversarial relationship with the press restricted his opportunities to do either.

Investigation, thus far, has been primarily on campaign-related matters, including spying and infiltration attempts against the Trump campaign. Less emphasized is the apparent spying on American citizens that preceded the campaign. These abuses are at least as important and a key to understanding how matters got so out of hand.

Criminals rarely begin their careers with a capstone crime. Trivial crimes typically get bigger and more serious over the malefactor’s career. The same pattern applies to government crimes for the same reason. Specifically, the perp is unsure of how far he can go before he is noticed and reacted to.

Violations of privacy and differential citizen treatment were rife long before Trump came on the scene. The IRS scandal under Obama involved blocking conservative organizations from getting proper tax status.  James Rosen, a Fox reporter, was spied on as early as 2010 by the Obama Administration. Samantha Power unmasked an incredible number of people in her role at the United Nations. Debra Heine referenced Sara Carter saying:

“That’s unheard of,” Carter said. “Put it this way — when John Bolton was the at the U.N., he unmasked three people. Three people. She unmasked close to 300. And I’m going to tell you some of those names are going to be very important when they come out,” she added.

(Sara Carter and John Solomon were investigative heroes pursuing this scandal while others looked away.)

The Intelligence Community appears to have been unleashed against American citizens before Trump announced his intentions to run for office. Given what was deemed to be an infinitesimal chance of his winning, one wonders why any attention at all was paid to Trump, at least initially. Perhaps the ease with which the controls and checks and balances were vitiated in prior FISA abuses and unmaskings, made it seem almost “free” or “riskless” to engage in such behavior. If this thinking is correct, there is likely evidence to be uncovered regarding other Republican candidates, especially those considered as real opponents.

Criminality in government did not start in Obama’s administration. Serious abuses in J. Edgar Hoover’s long reign are well documented. How much of this was institutionalized into the fabric of the intelligence community? Does anyone believe that such perfidies and criminal acts did not occur under Carter, Reagan, Clinton, or Bush?

Hoover was a fanatic who considered himself a patriot. His behavior was as reprehensible as what is being uncovered today. However, there is a big difference! Hoover was the instigator and director of this behavior. He was a lone wolf at the head of a powerful agency.

Today, the effort does not emanate from one agency but permeates the entire upper echelon of the Intelligence Community. Someone higher-up had to coordinate and direct this organized effort. That is vastly more serious than a powerful, rogue FBI director infecting his own agency! There is no proof that Obama was in charge of the operation, but the fact that it was politically oriented is a meaningful difference from Hoover. The fact that it was coordinated across agencies also suggests that someone at or near the top directed it.

When Trump won the nomination, it was considered a blessing for the Democrats. It was “impossible” for him to win. Had Clinton won, none of this skullduggery would have surfaced. Many committing the crimes would have been carried forward in the Clinton Administration. It all would have been buried in some remote part of the Swamp. It seemed risk-free to continue the dirty tricks and illegalities.

Fortunately, Trump won. Had he not, the norms and integrity of government would have shifted downward to a lower level. The Swamp Creatures would have been emboldened to violate even more checks/balances and laws against opponents and citizens in the future.

Unfortunately (for the bad guys), Trump won. Panic ensued. To protect themselves, the bad guys had to develop a narrative that would stop Trump even after he had done the impossible and won the election. The election had to be overturned! Careers and lives depended on it.

Many of the protagonists are in the process of further disgracing themselves by attempting to evade accountability. Even the supposed venerable Robert Mueller has been soiled with his milquetoast report. Matters will get worse — much worse! There are so many parts to this scandal that it is impossible to predict where it leads.

Fortunately, Barr’s love of country and the Justice Department and related institutions drove him from a comfy life in the private sector to becoming the second most maligned man in Washington. Does anyone believe he came back to play the Deep State game?

He is on a mission to discover what happened and to hold those people accountable. If my perceptions are correct, he has the opportunity to be as valuable to the country’s survival as some of our earliest patriots. He is a no-nonsense guy and I hope he takes no prisoners.

One thought on “Time to Pay the Piper”