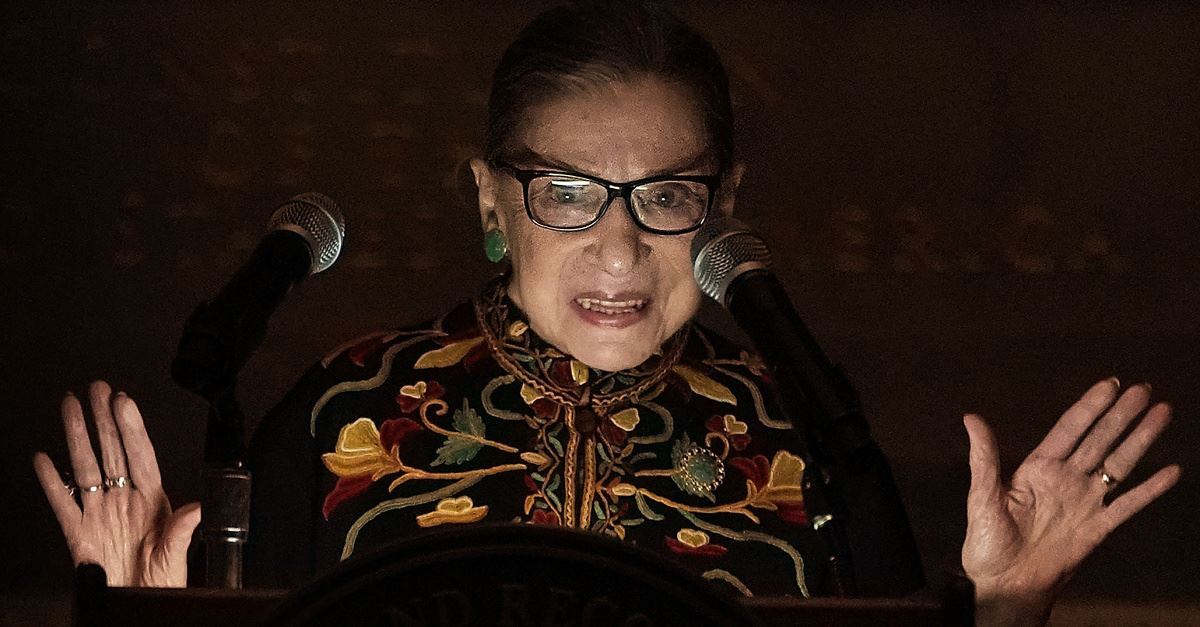 U.S. Supreme Court Justices Clarence Thomas and Ruth Bader Ginsburg engaged in a verbal spar Tuesday over several abortion-related legal issues – Including over whether a pregnant woman should be considered a “mother.”

“A woman who exercises her constitutionally protected right to terminate a pregnancy is not a ‘mother,’” Ginsburg wrote in a Supreme Court order.

At issue was an Indiana law that did two things: 1) banned sex-, race- and disability-selective abortions, and, 2) required the burial or cremation of aborted babies. An appeals court struck down the entire law. The Supreme Court upheld the latter segment of the law but chose not to get involved in the former issue.

The high court, in its majority opinion, pointed to a 1983 decision that said states have a “legitimate interest in proper disposal of fetal remains.”

Ginsburg called it a “waste of the Court’s resources”

Thomas wrote, “It is not a ‘waste’ of our resources to summarily reverse an incorrect decision that created a Circuit split.”

Ginsburg, a supporter of legalized abortion, wrote, “[T]he cost of, and trauma potentially induced by, a post-procedure requirement may well constitute an undue burden” on a woman.

Thomas, who is on record as opposing Roe v. Wade, defended the Indiana law.

“Indiana law prohibits abortion providers from treating the bodies of aborted children as ‘infectious waste’ and incinerating them alongside used needles, laboratory animal carcasses, and surgical byproducts,” he wrote. “… I would have thought it could go without saying that nothing in the Constitution or any decision of this Court prevents a State from requiring abortion facilities to provide for the respectful treatment of human remains.”

One thought on “A Pregnant Woman ‘Is Not a Mother,’ Ruth Bader Ginsburg Asserts”