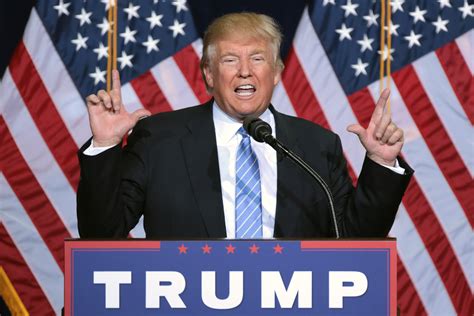 President Donald Trump has been sailing into the wind, against the tide, dragging an anchor, for the first two years of his presidency. And despite these hindrances, he is presiding over a booming economy and record low unemployment, circumstances that were said to be unattainable without a magic wand, according to the last president.

Yet look at the forces arrayed against Trump. Not only as president, but ever since that fateful day when he descended the escalator at Trump Tower in June 2015 announcing his candidacy. And perhaps before that.

The wind against him has been the virtually nonstop negative media coverage each and every day. Not just anti-Trump spin, but actual fake news. Media outlets bristle when accused of peddling fake news, but one has to only look to last weekend for the latest example. Time columnist Ian Bremmer fabricated a Trump quote and set it loose in the Twitterverse, only to be immediately retweeted by other Trump haters like CNN’s Ana Navarro, before being deleted. No contrition was offered since in their view the quote “could have” been true.

Imagine fighting the winds of negativity on a daily basis, being called a racist, white supremacist, accused of being a Russian agent and committing treason. These were gale force winds from all the major newspapers and television networks, with only a few lone voices on Fox News, talk radio, and the internet giving the President fair and balanced coverage.

The tidal current Trump is sailing against is his own party. He was never accepted as the leader of the GOP, despite winning the White House against long odds with coattails delivering both houses of Congress to the Republicans, only to have the once in a generation opportunity squandered by do-nothings like former Speaker Paul Ryan.

Trump had to fight not only the tide of hating and vengeful Democrats, but many his own party. From John McCain’s surprise thumbs down vote on Obamacare to constant henpecking from Jeff Flake and Cory Gardner, few in the GOP were on Team Trump.

Then there were the NeverTrump crybabies, willing to throw their so-called conservative principles overboard because their chosen candidate wasn’t elected. The names are familiar – Bill Kristol, Max Boot, George Will, and the entire Bush family – all preferring a third term of Barack Obama, in the façade of Hillary Clinton, to a Republican Trump in the White House.

The anchor was the Russian collusion narrative, now debunked, and quite easily, as it never existed in the first place. The FISA warrants, FBI informants inserted into the Trump campaign, attempted entrapment, were all a giant smokescreen with a flimsy veneer of legality, covering up highly illegal spying and weaponization of the justice and intelligence agencies of President Obama going back as far as 2012, as Joe DiGenova recently explained in a radio interview.

The irony is that Mitt Romney, with his high-browed finger-wagging over Trump’s style, was likely surveilled in 2012, along with his family and campaign, perhaps costing him the election. He might as well be wearing a “kick me” sign on the back of his Brooks Brothers blazer.

Yet Trump knew all of this and more, probably before he was elected, and certainly after Admiral Mike Rogers paid him an unexpected visit at Trump Tower during the transition. The deep state plan, however, was already in play, with now legal spying, at least per the FISC warrant approvals, with a special counsel waiting in the wings to tie Trump’s hands behind his back in terms of exposing any of this.

They were building an obstruction case, under the public cover of Russian collusion, hoping that Trump would declassify something or fire someone, which Mueller could claim was obstructing his investigation, paving the way for the House filing articles of impeachment.

But Trump had the patience of a tortoise running a marathon, moving his agenda upstream and upwind, biding his

time until the winds shifted for the better. That time is now. His new Attorney General William Barr jumped on board Trump’s boat, the USS Covfefe, and has weighed anchor by compelling Mueller to end his witch hunt, to fish or cut bait, finishing his report, confirming what Trump has been saying all along, although to many deaf ears.

The media wind is still blowing but with far less effect. CNN and MSNBC ratings have dropped even further after Mueller released his report, making their broadcasts relevant only in Georgetown coffee shops and airport terminals.

The tide is receding with Congress now rid of some, but unfortunately not all, NeverTrumpers. Others like Lindsey Graham are energized and eager to use their committees to uncover, not bury, previous government malfeasance. NeverTrump pundits have been relegated to low ratings cable news networks, whining to like-minded news anchors while the rest of the country views them as jilted teenage mean girls.

House Democrats can’t make up their minds about impeachment, torn between political practicality and their rabid base, which they spent years whipping into a frenzy, pouring blood into a school of sharks.

Democrat presidential candidates are lined up like climbers on Mount Everest last week, waiting for their chance at a selfie on the summit. They are happy to trample over the carcasses of their fellow candidates if they can move further up the line. Trump couldn’t have choreographed this better.

Each of his potential opponents is trying to out-left the others, banning airplanes and cows, reparations for every identity group, sky high taxes, socialized medicine, free college, erased student loans, destruction of women’s sports in favor of transgenders, open borders, a free ride for illegals, and much more. This is George McGovern on steroids.

Imagine how much more President Trump could have accomplished without these headwinds. How many foreign leaders dealt with Trump as a fleeting aberration, about to be indicted and thrown out of office, based on the assurances of former senior officials in the Obama administration?

With the upcoming declassification and disclosure of the Obama Administration’s illegal spying, potential prosecutions, a robust economy, and a Democrat primary field resembling the Star Wars bar scene, it’s the Democrats who now have a hurricane force headwind, sailing against a full moon tide, dragging 23 candidate anchors at latest count.

Indeed, it is. President Trump finally has his tailwind, sails trimmed for maximum speed, with few clouds in the sky. As the Irish would say, may the wind always be at his back.