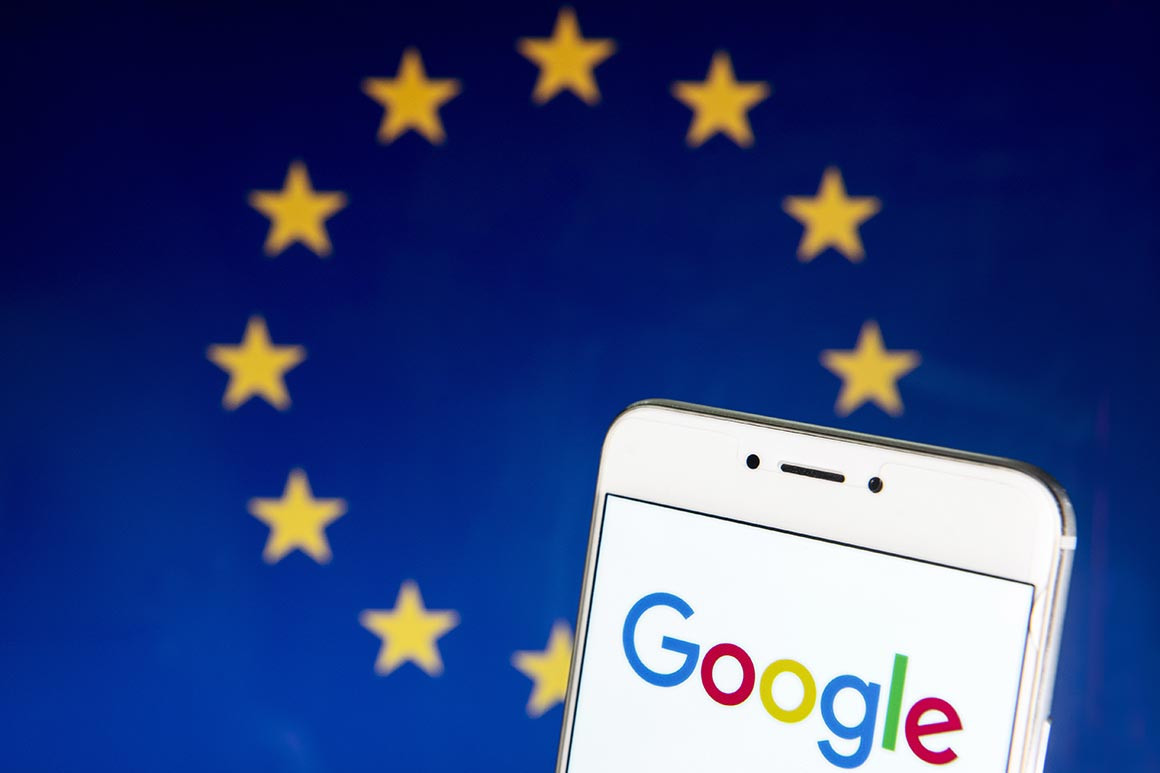 BRUSSELS — The U.S. Justice Department’s potential antitrust investigation of Google has brought cheers from Silicon Valley’s critics on both sides of the Atlantic — but European regulators’ years of battling the search giant show how hard it would be to change the company’s behavior.

European Union competition chief Margrethe Vestager has exacted significant penalties from Google over the past three years, levying a combined $9.2 billion in fines from the company for unfairly favoring some of its search, mobile software and online advertising services over those of rivals. Google is appealing all three decisions.

Brussels’ decade-long pursuit of Google, combined with investigations into heavy-hitters like Facebook, Amazon and Apple, has laid down a step-by-step guide for others to follow. It has also offered cause for some optimism among lawmakers and the wider public from San Francisco to Singapore about stemming Silicon Valley’s growing control over everything from social media to online advertising — a model many hope the U.S. is finally ready to follow.

“Google mines and monetizes data from each facet of our lives,” U.S. Sen. Richard Blumenthal, a Democrat from Connecticut, wrote on Twitter on Saturday following the news of the DOJ’s possible antitrust probe. “Its apparent predatory practices – exploiting its behemoth power — stifle innovators and crush competitors, harming .

Still, the Justice Department has not yet said it will investigate Google. And even if it did, the outcome would probably fall well short of the demands by some critics, such as Democratic presidential candidate Elizabeth Warren, for breaking up the big tech companies.

For now, DOJ has merely claimed jurisdiction over a possible Google probe, in an arrangement that also gives the U.S. Federal Trade Commission oversight of any potential actions involving Amazon, people close to the case have confirmed to POLITICO. (The Washington Post first reported on the Amazon development late Saturday.) Both agencies, as well as Google and Amazon, declined to comment on the matter.

Yet anyone in Washington looking to the European Union for a regulatory playbook to tackle Google will probably be disappointed.

Despite Brussels’ success in levying multibillion-dollar fines against the search giant, those sanctions have not offered much help to other companies seeking to compete in the digital world where Google still dominates. The collective fines also represent a mere rounding error in the $136 billion of revenues the company generated last year — Google’s quarterly profits alone were enough to cover all of Europe’s penalties combined.

Confronted with these limits, EU regulators have imposed legal obligations on Google to promote rivals in some of its search results. But Google still remains by far the largest player in the online search market in both the U.S. and Europe, with tentacles stretching across the web into flight bookings, restaurant reservations and online shopping.

It similarly continues to dominate the online advertising world — another focus of European scorn — with an expected market share of almost 40 percent by the end of this year, according to eMarketer, an analytics firm. (Silicon Valley rivals like Facebook and Amazon are also expanding aggressively into online advertising.)

Android, the popular Google mobile software that was at the center of a record $4.8 billion EU antitrust fine last year, also is still used in roughly 4 out of every 5 smartphones worldwide, based on industry figures.

In recent months, EU officials have tried to boost competition by forcing Google to offer its users alternatives to its popular search engine and other digital services when they use the company’s online app store. But the company’s rivals say such tactics won’t stop Google’s overall dominance.

Legal experts say that any future DOJ antitrust case may be even more difficult to win than the ones in Europe because of the higher burdens of evidence required in the U.S. to prove that a company’s actions have led to specific harm to consumers.

“There’s a lot of public pressure in the United States to act,” said Ioannis Lianos, professor of global competition law and public policy at University College London. “But case law is more demanding for the plaintiff to bring evidence of consumer harm compared to in Europe.”

Some tech industry critics in the U.S. also remain skeptical that the Justice Department is willing to take on an aggressive antitrust fight, despite the Trump administration’s attempted court battle to prevent the merger between AT&T and Time Warner.

“Holding dominant platforms accountable for anti-competitive conduct is imperative, but I don’t have a lot of faith that President Trump’s Justice Department will stand up for working people against powerful corporations like Google and Facebook,” said U.S. Rep. David Cicilline, a Democrat from Rhode Island, in a statement Saturday. Cicilline has said his House Judiciary subcommittee will hold hearings on tech and antitrust.

Another cause for skepticism is U.S. regulators’ weak track record compared with their EU counterparts. During the Obama administration, for example, the FTC shut down an antitrust probe into Google in 2013 after the company agreed to alter some of its advertising practices. A leaked document later showed that some FTC officials had wanted to pursue a case against the search giant.

In contrast, Vestager, the Danish official, swung into action after taking over the competition file in Brussels a year later, wielding blockbuster fines, savvy marketing and an argument the tech industry was harming consumers. That included accusing Google of abusing its dominant position in the online search and advertising markets to push out rivals, tilt the table in favor of its own digital services, and force others to rely on Google’s products.

In previous statements, Google has said that its digital services are widely used by consumers worldwide and helped to support a thriving digital economy of app developers.

Some of Google’s rivals have credited Europe’s aggressive stance with giving Washington a model to follow, particularly the role played by Vestager, whose antitrust tenure in Brussels will soon end.

“We wouldn’t be here without Vestager,” said Luther Lowe, vice president of public policy at Yelp, the online listing service that has been a vocal critic of Google’s online tactics in the U.S. and Europe, and whose antitrust case against the search giant is under review by officials in Brussels.

“We now see a situation where European consumers are better protected than U.S. consumers,” he added. “I’m not surprised we’re seeing renewed scrutiny in the U.S.”