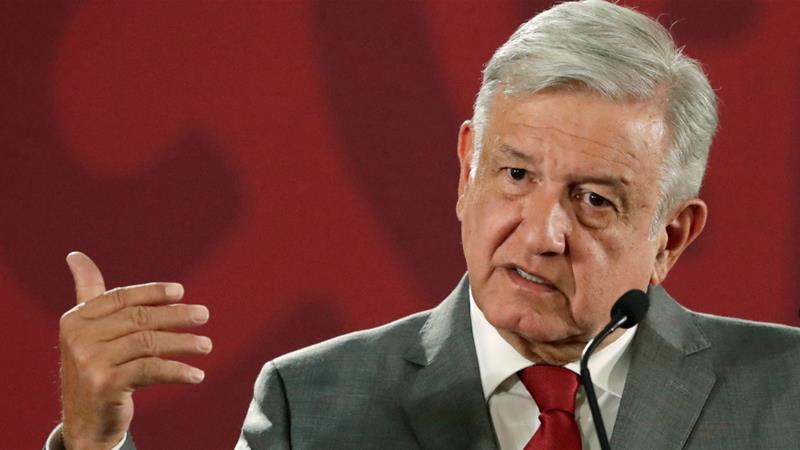 Lopez Obrador said Mexico could be ready to strike a deal with the United States by helping prevent illegal border crossings into the U.S. during a news conference, Reuters reported.

Mexican Foreign Minister Marcelo Ebrard is leading a delegation set to meet with U.S. officials in Washington, D.C., on Wednesday, and will attempt to negotiate over the border control issue.

Lopez Obrador said he expects “good results” from the talks, according to Reuters.

“The main thing is to inform about what we’re already doing on the migration issue, and if it’s necessary to reinforce these measures without violating human rights, we could be prepared to reach that deal,” Lopez Obrador said.

Trump announced Thursday his intention to place a 5% tariff on Mexican imports, starting June 10, until the issue of illegal immigration was addressed by the Mexican government.

On June 10th, the United States will impose a 5% Tariff on all goods coming into our Country from Mexico, until such time as illegal migrants coming through Mexico, and into our Country, STOP. The Tariff will gradually increase until the Illegal Immigration problem is remedied,..

The proposal of a tariff on Mexican trade goods has been met with resistance from actors in the Mexican economy as well as U.S. businessmen and legislators concerned with the consequences of placing such a tariff. (RELATED: Trump Plans To Impose Tariff On Mexico To Encourage Them To Stop Illegal Immigrants)

Lopez Obrador said he is not interested in starting a trade war with the U.S., but that he has a “plan” in case Trump’s tariffs do take effect, according to Reuters. Details of the plan were not given.

“We’re doing all we can to reach a deal through dialogue,” Lopez Obrador said.

“We’re not going to get into a trade war, a war of tariffs and of taxes,” he added.

Lopez Obrador’s expressed intention to potentially cooperate with Trump’s border control request comes following his letter accusing Trump of “turning the United States, overnight, from a country of brotherly love for immigrants” to a “bolted space, where there’s stigmatizing, mistreatment, abuse, [and] persecution” of immigrants.