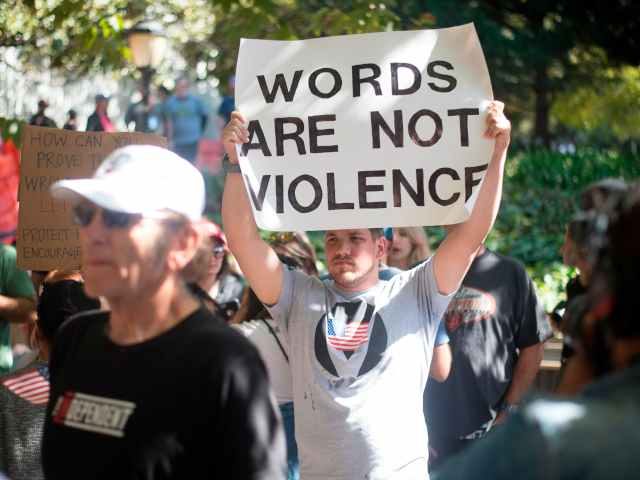 In a victory for the First Amendment on campus, a bill that will effectively ban “free speech zones” on Alabama college campuses passed last week.

According to a report by a local news outlet, the Alabama state legislature voted in favor of a bill that will ban “free speech zones” on college campuses in the state. In recent years, many colleges have restricted the areas on campus where free expression is permitted by creating “free speech zones,” which are areas on campus where students are supposed to go when they want to engage in free speech. Breitbart News has reported extensively on the topic. Recently, courts around the country have begun to strike down these policies as a violation of the First Amendment.

Senate Majority Leader Greg Reed (R) told reporters that this bill was one of his top priorities for the year. “Protecting free speech on college campuses is a top priority for Republicans in the State Senate, and I am glad we could get this important bill across the finish line,” Reed explained. “What this bill does is protect the free exchange of ideas on the campuses of taxpayer-funded, public universities. Nothing is more important than safeguarding the First Amendment.”

Remarkably, the bill had overwhelming bipartisan support. State Senator Billy Beasley, a Democrat, said that all college students deserve the right to express themselves freely. “I’ve always believed in freedom of speech in the United States and certainly in the state of Alabama. On college campuses – two-year and four-year colleges – everyone has a right to their freedom of expression,” Beasley argued. “There have been occasions since I have been in the Senate when I have voted with the majority party if I thought the issue was representative of the people in my district or in the best interest of the state of Alabama.”

The bill was written by Republican State Representative Matt Fridy.  In a comment to the Yellowhammer, Fridy highlighted the fact that pro-life student groups are often censored on their college campuses. Stories of this kind of censorship served as an impetus for his writing of the bill.

“Free speech is the cornerstone of our rights as American citizens — and those First Amendment rights certainly apply to college students on university campuses. Around the country, there have been chilling examples where administrators and professors have discriminated against students,” Fridy stated. “Often, pro-life groups and conservative political organizations are targeted. With this law, we are making it very clear that in Alabama, the First Amendment rights of all students, liberal or conservative, will be protected from unfair and discriminatory university speech policies.”