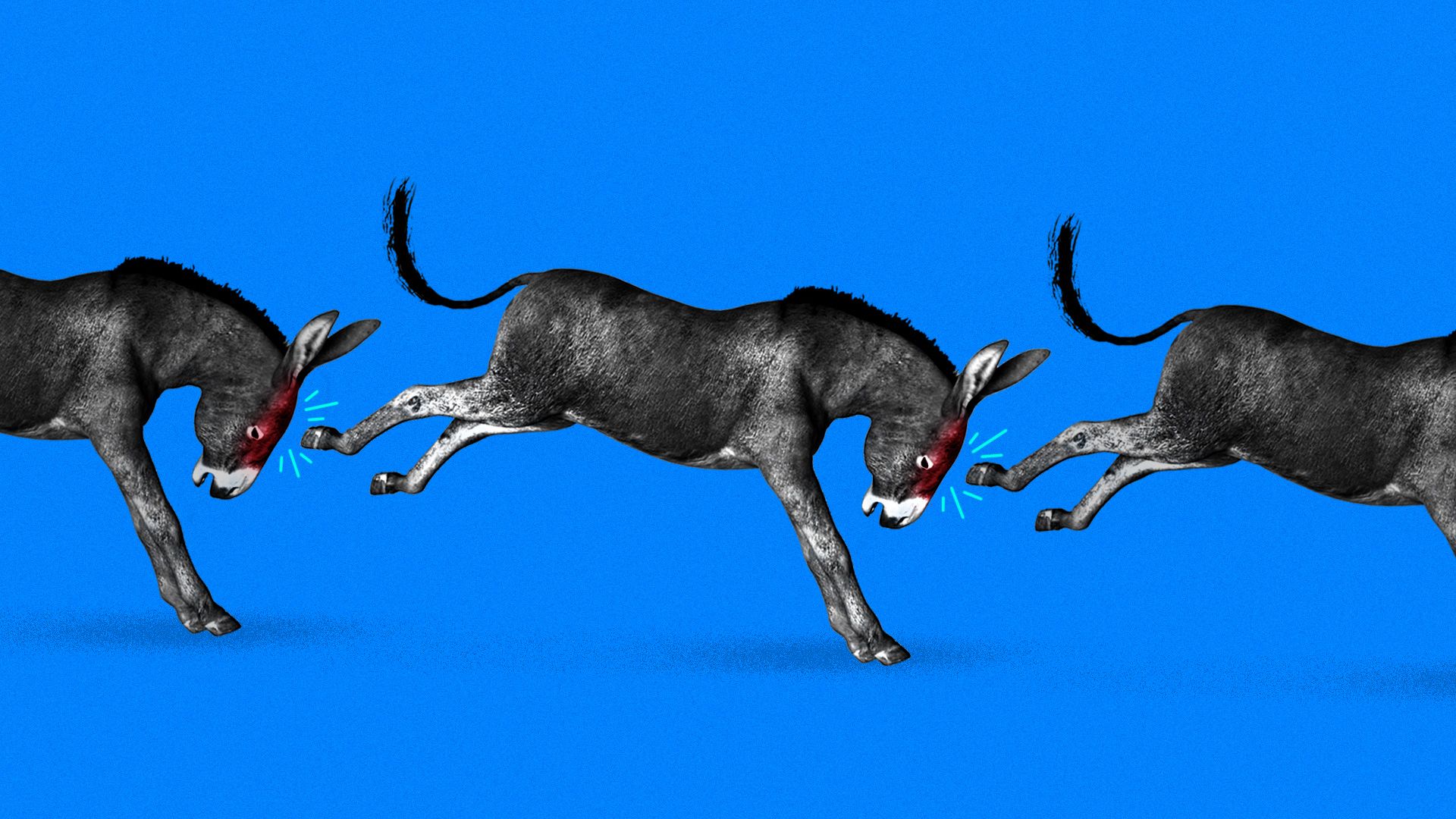 The niceties have ended: 2020 Democrats are breaking their own pledge not to go after one another. The attacks of the past week show what a long primary they’re in for.

Why it matters: These jabs and skirmishes show a fracturing Democratic Party — exactly what some top Democrats wanted to avoid in order to maximize their chances of defeating President Trump.

Driving the news: Progressives and centrists are going at each other before any of them have stepped onto a debate stage. Virtually the entire field went after Joe Biden this week for supporting the Hyde Amendment, which bans the use of federal funds to pay for abortion in most cases.