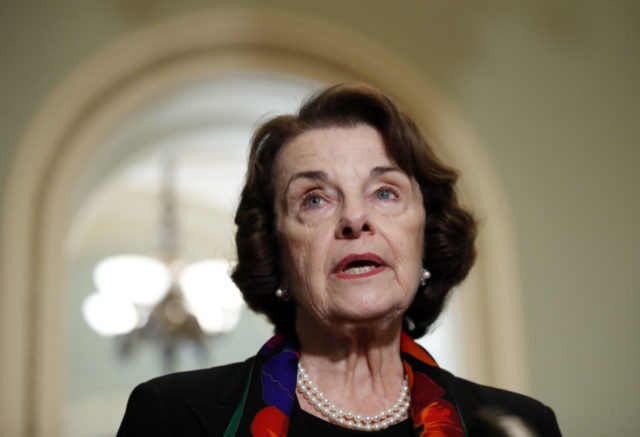 A group of Senate Democrats say American citizens “have an obligation” to give amnesty to potentially millions of foreign nationals living in the United States who they say have “earned the right” to be in the country.

After House Democrats and seven House Republicans passed an expansive amnesty to any illegal alien claiming to have arrived in the U.S. as a child, Senate Democrats are now demanding the Senate do the same.

Cardin said in a statement that Americans are obligated to give foreign nationals permanent legal residency and eventually U.S. citizenship via an amnesty. According to Cardin:

These individuals have lawfully lived and worked in the U.S. as our neighbors, as they sought refuge in the U.S. We have an obligation to take action and give needed predictability and safety to people who are in an uncertain status. We need to stand up for the American values of compassion and diversity that have made this country stronger. [Emphasis added]

Feinstein said the 440,000 foreign nationals who would receive the amnesty have “earned the right” to permanently stay in the U.S.

“The Senate needs to follow the House’s lead and pass these important protections for immigrant families who have been living and working in the United States for decades,” Feinstein said. “After fleeing wars and natural disasters, these families have established deep roots in our communities and earned the right to remain together here in the United States.”

TPS has become a quasi-amnesty for otherwise illegal aliens created under the Immigration and Nationality Act of 1990 (INA) that prevents the deportation of foreign nationals from countries that have suffered through famine, war, or natural disasters. Since the Clinton administration, TPS has been transformed into a de facto amnesty program as the Bush, Obama, and now Trump administrations have continuously renewed the program for a variety of countries.

Every year, the U.S. admits more than 1.2 million mostly low-skilled legal immigrants who compete in the labor market for jobs against poor, working, and middle-class Americans. About 70 percent of legal immigrants enter through the process known as “chain migration,” where newly naturalized citizens can bring an unlimited number of foreign relatives to the country with them. Chain migration, alone, has brought about 10 million foreign nationals to the U.S. since 2005.