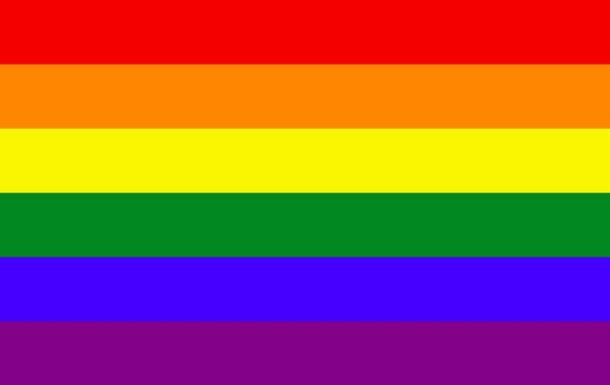 This summer, PBS Kids premiered an episode of the children’s show Arthur in which a teacher, Mr. Ratburn, “marries” another male character.  Even before this premiere, PBS was already infusing the LGBT agenda into its programming.  In between its shows, a happy song about families included an image of two dads with a baby and lyrics to that effect.

Disney and other children’s stations long ago jumped onto the LGBT bandwagon with their line-up.  As a Guardian headline noted in 2016, “From Nickelodeon to Disney: Children’s TV leads the way for LGBT characters,” with same-sex unions featuring prominently in shows.  It is not just television, of course.  Rumors now fly that even Elsa of Frozen may be a lesbian in the Disney sequel.

In fact, if you have a preschooler or early elementary-school child nowadays, you will find same-sex sexual relationships, as well as transgender advocacy, advertised throughout your children’s media and public programming.  Children’s libraries promote drag queen story hours, and schools inculcate transgender ideas in kindergartners and early elementary children to the point where children in Brisbane are afraid to use the words “girl” and “boy” in a doctor’s office and parents have to sue schools to stop teachers from grooming their impressionable kids.  The LGBT agenda push on young children in the West is in full swing.

Some say, “What’s the big deal?  Love is love.  Why should children be scandalized by that unless their parents are bigots?”

In other words, kids care about their “being.”  At some ontological level, they wonder where they came from.  They know that love between a mommy and daddy led to their existence.  Whether that love between man and woman caused a stork to show up or planted a cabbage patch with a baby in the garden is irrelevant to them.  That image of “mom” and “dad” is part of their genetic identity.

That is why children grieve so deeply over the absence of a mother or father or the rupture of a parents’ union through divorce.  (This grief exists even when parents deny the reality of that grief.)

When my six-year-old niece heard that one of her aunts was getting married, she yelled, “Yay, more cousins!”  That is how young children think about marriage.  For little children, adult romantic relationships matter in that they can somehow create children.  It means more playmates, siblings, or cousins.  That is why children’s movies that end with a couple marrying are followed up with sequels in which the couple has a baby.

Since same-sex relationships do not biologically lead to babies by their inherent nature, preschoolers and kindergartners who see same-sex couples calling themselves married wonder, “Why are they getting married?  Can they make babies?  If not, does that mean you can marry your friend?”

This leads to another point of confusion.  A critical aspect of child development is the same-sex friendships children form in their early years.  Children know there is a difference between the sexes.  Bonding with their same-sex peers is an important part of developing their understanding of themselves as boys and girls.

When boys and girls are friends, they sometimes “play” at marriage and parenthood.  One of my sons loved to play with dinosaurs in preschool.  Another girl who played with dinosaurs became his friend.  She announced to him that they would get married one day and have three children.  He was fine with that as long as she kept her interest in paleontology.  It was adorable.  The friendship between the boys had no such connotation because boys do not think, “I can marry another boy and create children with him one day.”  It is not biologically possible.

Even with new and ethically questionable technology, the child created under the directive of a same-sex couple will be deprived of either a mother or father.  Children implicitly understand this ontological reality even if they cannot verbalize such concepts or recognize their scientific roots.

Promoting the idea of same-sex “marriage” in young children’s lives thus throws needless confusion and anxiety into their developing understanding of friendship.  Pushing that on parents through schools, media, and other children’s resources forces parents into conversations they may not be ready for with such young children.

Just because adult sitcoms like Modern Family imply that one of the men in a same-sex relationship merely replaces the mother role in the public mind, that does not make it true.  In fact, it is an idea that manages to be insulting to both women and homosexual men.  Throughout the years of the sitcom, the audience was supposed to pretend that a real daughter being raised by two men would never quietly pine for the absent mother.  The audience was supposed to ignore a primal wound.  Children know that a man, no matter how nurturing, is not a mother.  And since when did women allow their irreplaceable role to be so dismissed and caricatured?

I would add that children know that a woman, no matter how “masculine,” is not a father.  But since the father role has already been pummeled by Western society in recent decades, the removal of the father image in lesbian “marriage” causes few to bat an eye.

And please spare me the trope about “infertile couples can’t be a mom and dad, and they’re still married.”  A man and woman who cannot have children are still the image of “mom” and “dad” in the minds of little children.  Two men or two women can never be so.

There are solutions to the relentless LGBT push on young children.  PBS, public schools, and public libraries are taxpayer-funded.  Demand that taxpayer money not go to such efforts, and stand your ground when the inevitable slings and arrows fly.  The media will not have your back.  Conservativism, Inc. will definitely not have your back.  And the Left already hates you with a hot passion.  Speak and fight for your children’s right to innocence and healthy development anyway.

The many forces arrayed against your efforts — corporate, social, and political — will vilify you as a bigot and a homophobe.  So what?  They label so many who disagree with them that Americans are numb to it at this point.