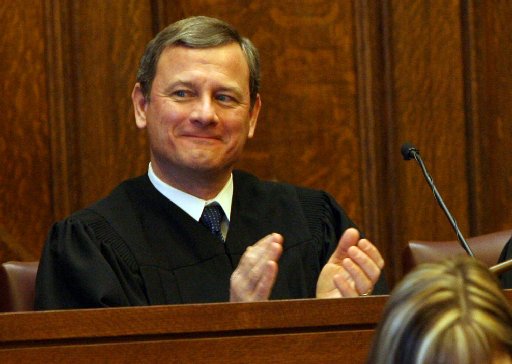 With a deadline for nearly 30 cases looming and weighty issues of religion, gerrymandering and the 2020 census pending, Chief Justice John Roberts took his black leather chair at the bench this week and said three decisions were ready to be announced.

It was a paltry total for a week in June, the final month of the annual session. What’s more, two of the three were by unanimous votes and none made big headlines.
But the term won’t end this way. And much of the weight of this momentous session is on Roberts’ shoulders.
This is the first time in Roberts’ 14 years as chief justice that he will likely be the deciding vote on several final, tense cases — a total of 24 over the next two weeks. Roberts landed in the ideological center of the court last year when Justice Anthony Kennedy retired after a three-decade tenure. And because Roberts has long been to the right of centrist conservative Kennedy, the court is primed to make a sharp conservative turn.
Last Friday, Justice Ruth Bader Ginsburg, the court’s senior liberal, warned of a spate of 5-4 rulings to come and said Kennedy’s retirement would be “of greatest consequence” for pending cases.
While close observers of the court have forecast that for nearly a year, such a prediction is of a different magnitude coming from a justice who has witnessed firsthand the court’s private votes in its closed conference room. Ginsburg knows where the majority is headed.
Two of the most politically charged cases awaiting resolution, testing 2020 census questions and partisan gerrymanders, could lead to decisions favoring Republican Party interests and reinforce the partisan character of a court comprising five GOP appointees and four Democratic ones.
That is a signal Roberts — always insisting the court is a neutral actor — does not want to send, despite past sentiment that would put him on the Republican side in both.