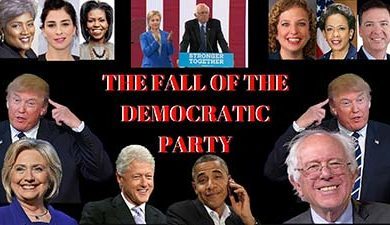 In September of 2008, U.S. senator, vice presidential candidate, and Democrat Joe Biden was asked his thoughts — “as a Roman Catholic” — on when life begins.  Demonstrating a vast ignorance of science, along with an unflattering display of faith, he told NBC’s Tom Brokaw, “Look, I know when it begins for me.”  A decade later, using the same “post-truth” relativism, New York mayor, presidential candidate, and Democrat Bill de Blasio, after signing a law that allows New Yorkers to declare their chosen sex on their birth certificates, told a cheering crowd, “You be you.  Live your truth.  And know that New York City will have your back.”

Likewise, biology-denying Joe Biden, more than once, has recently called “transgender equality” the “civil rights issue of our time.”  Recall that because of his efforts and the efforts of other post-truthers in the Obama administration, among other perverse, “creepy,” and ignorant things, boys started using girls’ restrooms and locker rooms, and military women were declared “at least as strong as men” and officially marked for combat.  Soon afterward, boys started — and continue — to take trophies from girls, and military physical standards were lowered.

Also recall that Joe Biden beat his buddy Barack Obama to the punch when it came time for Democrats legally to redefine the oldest institution in the history of humanity.  I don’t mean to pick mostly on “Uncle Joe,” but since he is the current frontrunner in the Democrats’ race to see who can deny the most truth the fastest — and become the presidential nominee for the post-truth party — I thought it fitting to highlight his post-truth accomplishments.

Biden is far from alone in such thinking.  Virtually every Democrat in America shares Biden’s post-truth views on life, marriage, sex, biology, the climate, and so on.

Thus, no one should be surprised that Joe Biden has now flip-flopped on the Hyde Amendment.  In addition to subsidizing abortion through the federal funding of Planned Parenthood, this new position by Biden would force further taxpayer investment in the killing of unborn human beings.  This is where the Democratic Party now is in 2019, because moral capitulation is where post-truth thinking always leads.

Post-truth thinking is why the perpetually pale-faced Elizabeth Warren for decades falsely claimed she was of American Indian descent.  Post-truth thinking is also why she got away with it for decades.  Most anyone grounded in the truth would’ve seen through Fauxcahontas’s fraud and would’ve called her on it.  This says much about the post-truth worldview that dominates the academic and media institutions who’ve enabled Warren’s career.

Post-truth thinking is why Alexandria Ocasio-Cortez and her ilk can claim that because of the man-made climate change myth — a result of the “greatest scandal in the history of science,” which has led to “the greatest scientific fraud of all time” — the Earth is soon doomed unless we adopt a socialist green agenda.  Post-truth thinking gave us the Green New Deal, which, though Democrats presented it as realistic public policy, as John Zmirak correctly notes, is nothing more than “a delusional wish list, a ransom note pasted together with clipped out words from storybooks and glued in place with bubblegum.”

Post-truth thinking is why Bernie Sanders can claim that his version of socialism will work when all others have failed.  Only in a post-truth world can the failures of socialism play out right before our eyes, while the American Left claims, “Venezuela didn’t collapse because of socialism.  It’s a story about epic mismanagement.”  In the 20th century alone, with no exceptions, dozens of socialist nations “mismanaged” their way into enslaving and murdering millions.  Only a post-truth mindset would fail to learn from such.

Only academic campuses dominated by Democrats and corrupted by post-truth thinking would censor speakers and opinions rooted in a conservative or biblical worldview.  Truth-telling professors as well as truth-telling campus guests are paying the price for contradicting the dominant post-truth worldview present at virtually every college and university in the U.S.  This “college apocalypse,” as Steven Hayward has called it, has turned educational institutions into little more than day care centers.

It was a post-truth mindset that fueled the vile attempt to derail the Supreme Court nomination of Brett Kavanaugh.  Aided and abetted by the like-minded media, with a mountain of lies, Senate Democrats engaged in one of the worst episodes in American political history.  Only post-truthers clinging to an evil post-truth agenda would take decades-old uncorroborated accusations and treat them seriously in something as grave as a Supreme Court nomination.

Lastly, only a political party corrupted by a post-truth worldview would attempt to reverse a presidential election by inventing a Trump-Russia-collusion conspiracy and then invent the crimes to attempt to justify their failed coup.  Only post-truthers would spend two-plus years and millions of dollars investigating an incident they know did not occur — all in the name of undoing an election result they didn’t like.  Only a post-truth media would devote millions of words and thousands of TV hours to such a farce.

Today’s Democrats certainly don’t hold a monopoly on post-truth politics and thought, but clearly they are corrupted by it to a greater extent than almost any other collection of individuals one could find.  As noted apologist William Lane Craig put it when writing about the Christian perspective on homosexuality, “today so many people think of right and wrong, not as matters of fact, but as matters of taste.”  In a post-truth world, taste determines truth.  If taste determines truth, then we’re all at the mercy of whoever’s in charge.  That’s why today’s Democrats — as they are currently constituted — should not be in charge of anything.

Trevor Grant Thomas: At the Intersection of Politics, Science, Faith, and Reason.