An expert said it’s possible to embed technology such as a chip without a customer’s knowledge that could change how it functions. 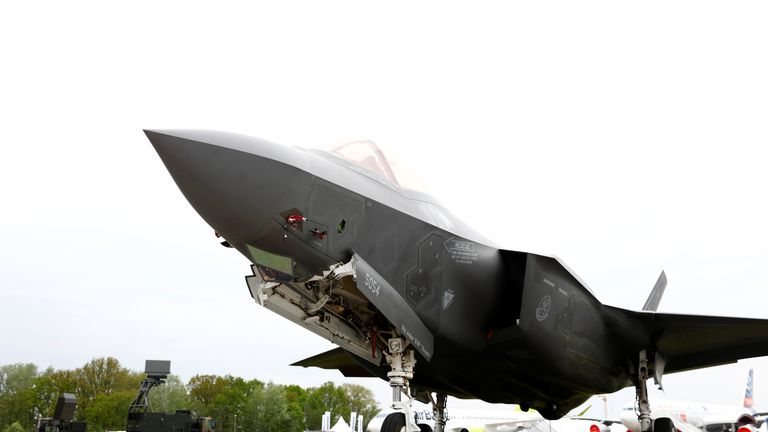 A Chinese-owned company is making circuit boards for the top-secret next generation F-35 warplanes flown by Britain and the United States, Sky News can reveal.

Exception PCB, a printed circuit board (PCB) manufacturer in Gloucestershire, south west England, produces circuit boards that “control many of the F-35’s core capabilities”, according to publicity material produced by the UK Ministry of Defence (MoD).

This includes “its engines, lighting, fuel and navigation systems”, it said.

When asked about the firm’s Chinese ownership, the MoD said Exception PCB is an established manufacturer of circuit boards to the defence industry and presents “no risk” to the F-35 Joint Strike Fighter supply chain.

But defence experts, including former defence ministers, expressed concern that a Chinese-owned company is producing any parts for such a classified, British and American fifth generation programme, because of long-standing fears about Chinese espionage and rivalry.

They said it is a particularly odd situation given President Donald Trump’s trade war with China and his opposition to any involvement by another Chinese company, Huawei, in fifth generation civilian mobile phone networks.

“We have been completely and utterly naive about the role of China and it is only now that people are beginning to wake up,” said Sir Gerald Howarth, a former Tory defence minister.