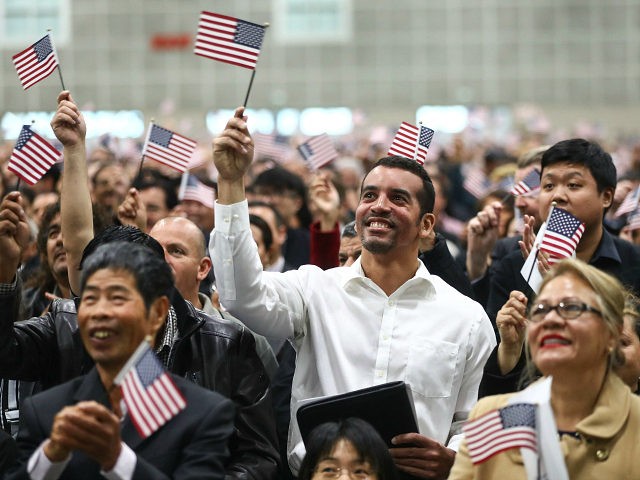 The order signed by Trump will enforce existing 1996 laws known as the “Illegal Immigration Reform and Immigrant Responsibility Act” and “Personal Responsibility and Work Opportunity Reconciliation Act,” which were signed by then-President Bill Clinton.

As part of USCIS’ implementation of this memorandum, USCIS officers will now be required to remind individuals at their adjustment of status interviews of their sponsors’ responsibilities under existing law and regulations. Our officers must remind applicants and sponsors that the Affidavit of Support is a legal and enforceable contract between the sponsor and the federal government. The sponsor must be willing and able to financially support the intending immigrant as outlined by law and regulations (see INA 213A and 8 CFR 213a). If the sponsored immigrant receives any federal means-tested public benefits, the sponsor will be expected to reimburse the benefits-granting agency for every dollar of benefits received by the immigrant. [Emphasis added]

Over the next several months, federal agencies will develop and implement guidance on the presidential memorandum to make sure that agencies enforce these requirements. USCIS will do our part, and we are actively working to implement the President’s directive with our federal partners, including by updating policies and regulations. We continue to advance the President’s directive to enforce the public charge ground of inadmissibility, which seeks to ensure that immigrants are self-sufficient and rely on their own capabilities and the resources of their families, their sponsors, and private organizations rather than public resources. [Emphasis added]

“Despite it being required under long-standing law, sponsors have never been held accountable for the public benefits taken by immigrants,” an administration official told Breitbart News. “This should be a reminder that signing an affidavit of support as a sponsor is both a promise and responsibility the government takes very seriously and will carry real consequences so that taxpayers don’t bear this burden for them.”

The first function of the order mandates that a family member or business sponsor of a legal immigrant looking to permanently resettle in the U.S. is responsible for paying back the welfare costs previously used by that immigrant.

For example, if a visa holder has used $10,000 in food stamp benefits while living in the U.S., when a family member sponsors them for a green card, that family member will be notified of the legal immigrant’s welfare costs to taxpayers and obligated to pay back the amount.

If the sponsor of a legal immigrant does not pay the welfare cost, the Treasury Offset Program will take the money out of the sponsor’s taxes for that year. Federal officials said implementation of this order would begin in September.