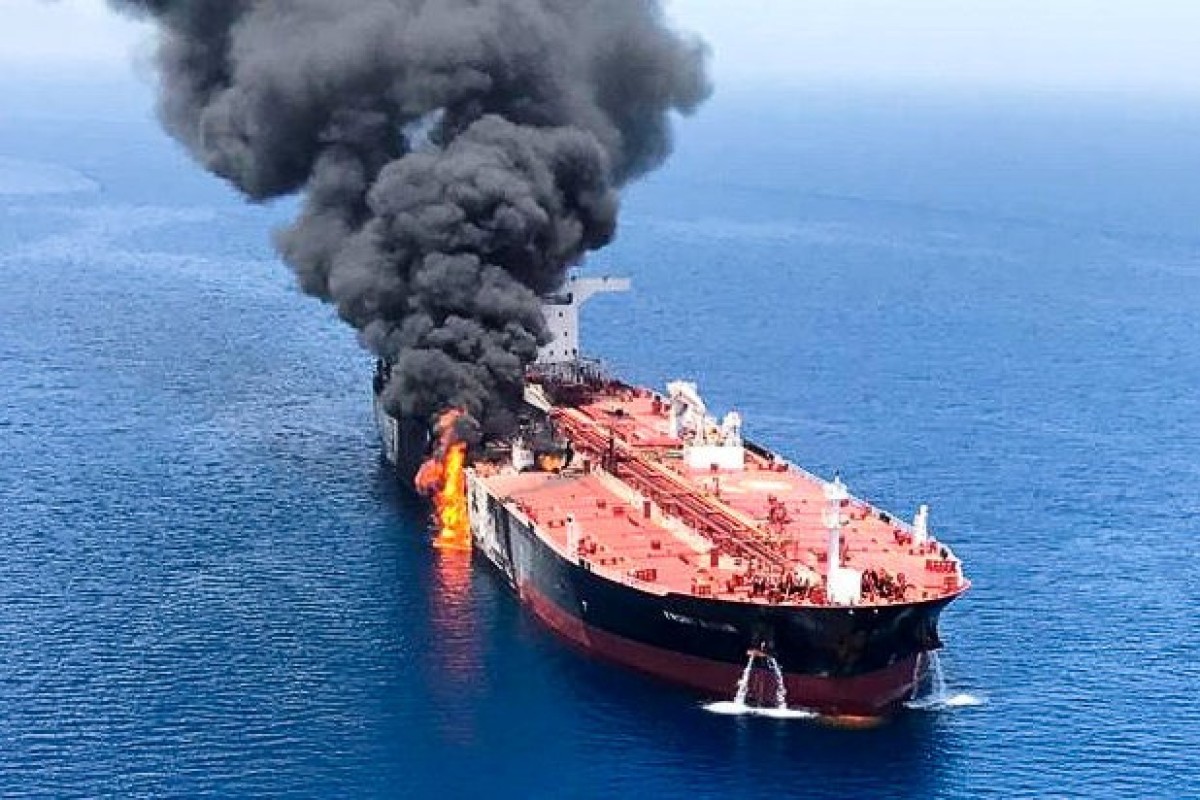 (Bloomberg) — A U.S. navy investigator presented what he said was evidence of Iran’s involvement in the attacks on tankers near the Persian Gulf, laying out the most detailed assessment that’s been made public since the incident raised tensions in the region earlier this month.

Commander Sean Kido, an explosives expert at the Bahrain-based Fifth Fleet, said the attack on the Japanese-operated vessel, the Kokuka Courageous, was the result of a limpet mine planted on the tanker’s body above the water line.

However, he stopped short of directly blaming Iran and presented no evidence about the Norwegian-owned Front Altair ship that was also damaged in an attack on the same day.

“The limpet mine that was used in the attack is distinguishable and it’s also strikingly bearing a resemblance to Iranian mines that have already been publicly displayed in Iranian military parades,” Kido said on Wednesday. “We recovered biometric information which can be used to build a criminal case to hold the individual responsible.”

The burden of proof is on the U.S. to back up its claims that Iran was behind a spate of attacks on oil tankers near the Strait of Hormuz, a shipping chokepoint through which about 40% of the world’s seaborne oil travels.

In an unusual step, U.S. Central Command earlier released video footage of what it said was an Islamic Revolutionary Guard Corps patrol boat removing an unexploded mine from the Kokuka Courageous after another mine had detonated and damaged it. The blurry footage showing a small boat pulling up next to the tanker and crew removing an object from its hull was taken by U.S. aircraft in the region, according to a tweet by the U.S. Navy.

Speaking to reporters at a U.S. Naval Forces Central Command facility near the Port of Fujairah in the United Arab Emirates, Kido said his team of investigators was able to recover a magnet used to attach the limpet mine to the skin of the ship, which he said caused the damage.

“The mine was placed above the water and it does not appear that the intention was to sink the vessel,” Kido said.

A round magnet as well as several fragments of materials recovered from the Kokuka Courageous were laid out on a white table cloth for reporters. It was part of the evidence collected by U.S. investigators who arrived at the scene after the blast.

Investigators were also able to recover a handprint as well as finger prints from the body of the ship near the spot where they found the magnet still attached. At frame 36 of the vessel, two nail holes were also visible, which the Navy’s expert said were also used to attach the mines to the vessel.

Also recovered were the “fragmentations caused by the detonation of the limpet mine which is composed of an aluminum material as well as a composite material,” Kido said.

The U.S. navy’s expert contradicted statements made by the ship’s Japanese owner who said the damage to the hull was caused by a projectile. As to why a magnet was left behind, an official suggested it might have been hard to remove. Sailors described seeing two men use a crowbar to pry it loose.

–With assistance from Verity Ratcliffe.

To contact the reporter on this story: Zainab Fattah in Dubai at zfattah@bloomberg.net

For more articles like this, please visit us at bloomberg.com