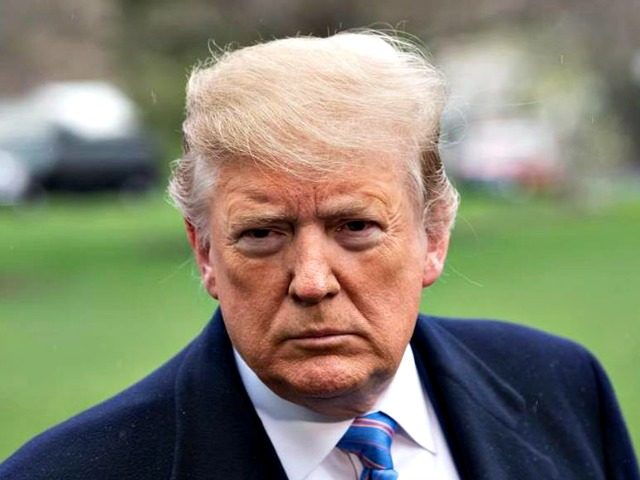 President Donald Trump reacted Thursday to the news that Iran had shot down a United States drone in international waters.

Trump spoke further about the incident during a White House meeting with Canadian Prime Minister Justin Trudeau, noting that his response would have been much different if there was a pilot in the downed vehicle.

“Iran made a big mistake. This drone was in international waters, clearly. We have it all documented scientifically not just words,” he said.

Trump said he felt that someone under Iran’s command had made the mistake because they were “stupid.”

“I find it hard to believe that it was intentional if you want to know the truth, I think that it could have been somebody that was loose and stupid that did it,” he said.

When asked if he felt that some in the administration tried to urge him into war with Iran, he denied it.

But Trump acknowledged that the incident may have sparked some more difficulties in his efforts to wind down military conflict in the Middle East.

“This is a new wrinkle, this is a new fly in the ointment what happened, shooting down the drone, and this country will not stand for it, that I can tell you,” he said.

“We’ll see what happens, it’s all going to work out,” Trump said.

Trudeau said that Canada was concerned by the escalation of Iran and looked forward to working with the president and the “international community.”

Trump continues to describe Iran as a “nation of terror” noting the United States is prepared to act in response to their hostile actions.

“We’re looking at Iran, we have a lot of things going with Iran, we’re very prepared for Iran, we’ll see what happens,” Trump told reporters at the White House on Tuesday.

The president has criticized Iran for years, especially after former President Barack Obama took a softer position with the rogue regime to implement the Iran JCPOA nuclear deal.

“Iran humiliated the United States with the capture of our 10 sailors,” Trump wrote in 2016. “Horrible pictures & images. We are weak. I will NOT forget!”

Iran made a very big mistake!

Iran humiliated the United States with the capture of our 10 sailors. Horrible pictures & images. We are weak. I will NOT forget!