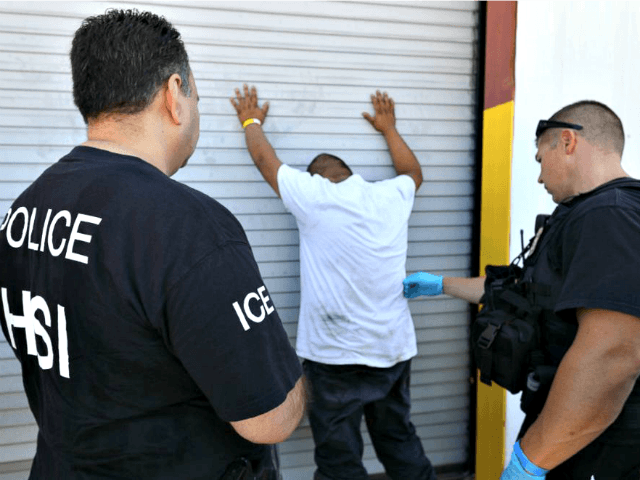 U.S. Customs and Border Protection (CBP) data provided to the House Oversight and Reform Committee this week reveal that two recent caravans of about 11,300 nationals that flooded the United States-Mexico border in October 2018 and January 2019 included about 1,520 previously deported illegal aliens who had been convicted of crimes in the U.S.

Of those 1,520 previously deported illegal aliens with U.S. criminal convictions:

The CBP data notes that, currently, the federal immigration officials are monitoring another caravan of thousands of foreign nationals headed to the southern border from Central America.

“These incidents are continuing,” a letter from House Oversight Committee members — including Rep. Jim Jordan (R-OH) and Rep. Mark Meadows (R-NC) — stated. “CBP is currently monitoring another ‘movement of several groups ranging in size from 1,000 to 4,000’ in the Mexican states of Chiapas and Veracruz.”

CBP and House Oversight Committee members said they do not yet know the number of convicted criminals included in the current caravan of up to 4,000 nationals.

This month, DHS officials confirmed in congressional testimony that the thousands of border crossers and illegal aliens who are being released on a weekly basis into the interior of the U.S. are not undergoing tests for diseases and basic medical screenings.

There are roughly 11 to 22 million illegal aliens living across the U.S. — the overwhelming majority of which will not be deported under current funding levels for the Immigration and Customs Enforcement (ICE). Illegal aliens now represent nearly a quarter of the total 45.6 million-strong foreign born population in the U.S.