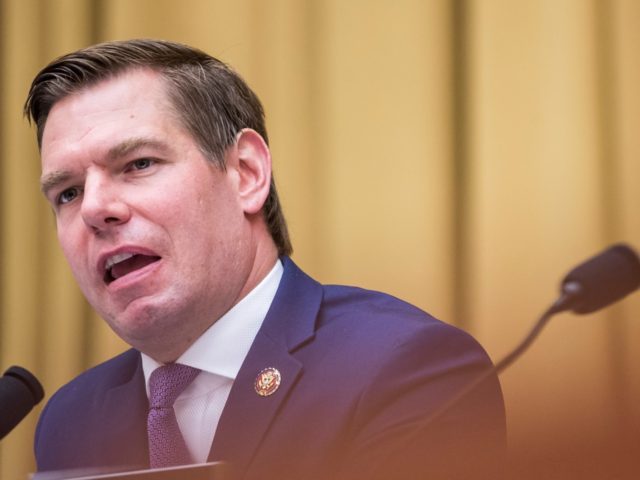 Rep. Eric Swalwell (D-CA) announced one of his first actions as president, if elected in 2020, would be firing Jared Kushner to improve Israeli-Palestinian relations.

Swalwell, whose campaign has failed to register in most polls, made the comment to the New York Times when answering a series of policy questions the outlet posed to each of the Democrats running for president.

“Israel is a country that needs to work with the Palestinian people to find a two-state solution,” Swalwell said. “I support putting the U.S. back into the U.N. Commission on Human Rights.”

“I support increasing aid to the Palestinian people, and I’m going to fire Jared Kushner on day one, because he has no business being on the job of seeking a two-state solution or finding peace in the Middle East,” the California Democrat continued. “It requires serious scholars and a serious leader committed to making it happen.”

Kushner, who is President Donald Trump’s son-in-law, serves as senior adviser to the White House. Among other responsibilities, he has been tasked with developing a peace plan between Israel and Palestine since joining the administration. So far, no peace plan has been unveiled, although Kushner has been working to drum up support among allies in the middle east in recent weeks for an eventual proposal.

Given Kushner was named to his position by the president, serves at his discretion, and the appointment runs out at the end of the Trump administration, it is unlikely Swalwell would be able to fire him — if he were elected president.