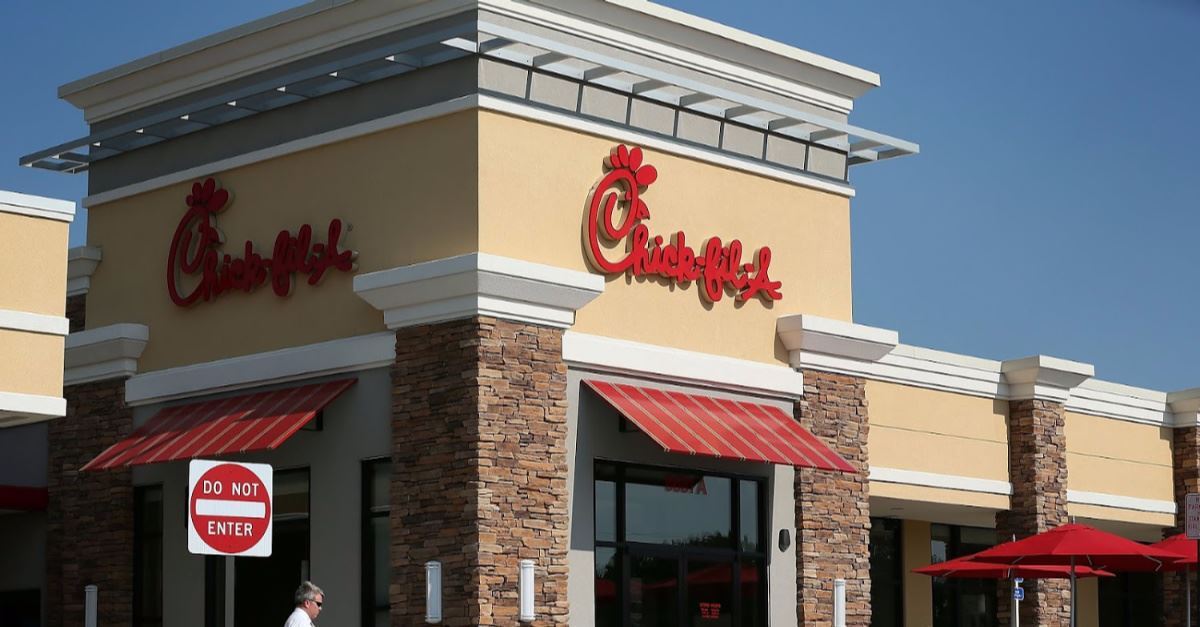 A restaurant that has a corporate mission to “glorify God” is officially the third-largest restaurant in the United States.

It was the fifth straight year for Chick-fil-A to post a double-digit sales gain, NRN reported. Chick-fil-A grew by 16.7 percent in 2018.

“Despite being closed on Sundays, Chick-fil-A’s Estimated Sales Per Unit hit $4.6 million, up 9.6% from $4.2 million in the Preceding Year,” NRN said.

The company was founded by Truett Cathy, a Christian businessman who incorporated his faith into the company’s practices. Cathy closed the restaurant on Sundays.

“Having worked seven days a week in restaurants open 24 hours, Truett saw the importance of closing on Sundays so that he and his employees could set aside one day to rest and worship if they choose – a practice we uphold today,” the company’s website says.

The company’s official corporate purpose is “to glorify God by being a faithful steward of all that is entrusted to us and to have a positive influence on all who come into contact with Chick-fil-A.”

“We intend to stay the course,” Dan Cathy told the Biblical Recorder. “We know that it might not be popular with everyone, but thank the Lord, we live in a country where we can share our values and operate on biblical principles.”

The company’s policy of being closed on Sundays, he said, conflicted with malls that were open seven days a week. But because Chick-fil-A was popular with customers, the mall owners would make an exception.

“We’ve always put in our lease that we will be closed on Sundays,” Dan Cathy said. We’ve had a track record that we were generating more business in six days than the other tenants were generating in seven [days].

“While developers had no identity whatsoever with our corporate purpose to ‘glorify God and be a faithful steward of all that is entrusted to us and have a positive influence on all that come in contact with Chick-fil-A,’ they did identify with the rent checks that we wrote to the mall, that were based on our sales.