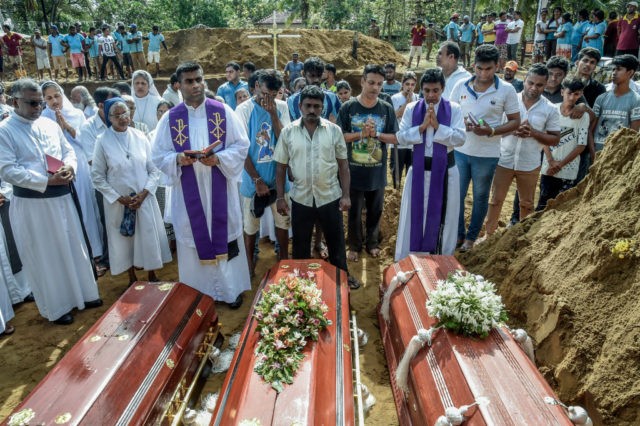 June 2019 is an “especially menacing time” for Christians both on the domestic and international fronts, writes Christian persecution expert John L. Allen in a report Sunday.

The U.S. Catholic Church is facing “one of the most serious potential violations of religious freedom in its history in the form of SB 360 in California,” writes Allen, author of the 2013 bestseller The Global War on Christians: Dispatches from the Front Lines of Anti-Christian Persecution, since the bill would compel priests to reveal information learned while hearing confessions as evidence against possible sex offenders.

“The bill passed the California senate in late May by a 30-2 vote and is expected to be considered by the State Assembly in September,” Allen notes.

On the international scene, “the scope of anti-Christian hostility is staggering,” Allen continues, with the number of Christians facing “harassment, physical assault, arrest and imprisonment, torture, and even death” on a daily basis estimated at around 200 million.

Christians in North Korea, China, India, Pakistan, Iran, Iraq, Nigeria and a host of other countries live under a constant threat of active persecution, as documented by Open Doors, a Christian persecution watchdog group.

Even in Latin America, the world’s largest “Catholic” region, the number of Catholic clergy and personnel killed each year frequently tops the list of continents.

While the defense of religious freedom should apply equally to all creeds, Allen asserts, anti-Christian persecution deserves particular focus “given the wall of silence that still too often surrounds the subject.”

“Just as one didn’t have to be Jewish to sympathize with the plight of dissident Jews in the Soviet Union, and didn’t have to be black to be outraged by apartheid in South Africa, similarly today one shouldn’t have to be Christian to recognize anti-Christian persecution as a human rights scourge of mammoth proportions,” Allen writes.

Saturday marked the beginning of the U.S. bishops’ yearly “Religious Freedom Week,” which runs this year from June 22-29.

The bishops have assigned a particular focus to each day of the campaign, urging the faithful to pray for their brothers and sisters who face persecution and to inform themselves as to the depth and breadth of the problem:

Tuesday: Persecution of the Rohingya

Thursday: Persecution of Christians in Nigeria