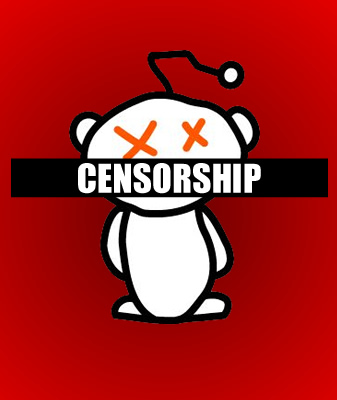 The biggest forum for supporters of President Donald Trump on Reddit has been “quarantined” following months of incitements to violence and other offensive behavior, the tech giant said Wednesday, in a move that could further inflame conservatives’ claims of social-media bias.

The forum, called “r/The_Donald,” has long served as a highly trafficked and controversial gathering place for supporters of Trump and Republicans on Reddit, the United States’ fifth-most popular website.

The move comes amid persistent allegations from Republicans that leading technology platforms, most of which are headquartered in the liberal bastion of northern California, are unfairly squelching conservative voices online. This partisan battle also is playing out amid a broader debate over whether private technology companies should be mediating free speech and whether widely accepted standards – such as prohibitions against incitements to violence – are being consistently and transparently applied.

Created in 2015, “The_Donald” counts roughly 750,000 followers and advertises itself as “a never-ending rally dedicated to the 45th President of the United States, Donald J. Trump.”

Reddit officials said on Wednesday that the “r/The_Donald” board had allowed or encouraged months of “rule-breaking behavior,” including the “encouragement of violence towards police officers and public officials in Oregon.”

“We are clear in our sitewide policies that posting content that encourages or threatens violence is not allowed,” Reddit spokeswoman Anna Soellner said in a statement to The Washington Post.

“We are sensitive to what could be considered political speech,” Soellner added, but “recent behaviors including threats against the police and public figures is content that is prohibited by our violence policy.”

The quarantine action will effectively demote the forum on Reddit, removing key features and restricting how its content is shared across the site, including blocking it from appearing in searches or recommendations. It is not an outright ban, but will conceal the forum behind a warning and require viewers to verify they are sure they want to view its contents.

“It’s a really positive step,” said Becca Lewis, a researcher at Stanford University and the think tank Data & Society. The forum “r/The_Donald,” which Lewis has studied extensively, “has been a bastion of hate speech and harassment for years.” She said there are numerous other forums on Reddit where conservatives can share their views and express support for Trump and other political figures.

Quarantines are rare punishments imposed on only the forums Reddit has deemed most offensive or upsetting. Past quarantines have been imposed on forums devoted to white supremacy, Sept. 11 conspiracy theories and videos of fatal violence.

Wednesday’s move by Reddit came after Republican state senators in Oregon fled the state to block a Democrat-supported climate bill, sparking a bizarre partisan stalemate. Following calls for the state police to go retrieve the lawmakers, local far-right militia groups said they would use violence to protect the senators.

Posters on “r/The_Donald” have echoed the militias in saying they would protect the lawmakers by any means. “Rifles are the only way we’re going to get any peace in our lives ever again,” one “r/The_Donald” poster wrote, according to a compilation published Monday by the liberal watchdog site Media Matters for America. Another said it was good to “threaten violence . . . because nothing else is working.”

The posters on “r/The_Donald” long have trafficked in edgy “trolling” and offensive behavior, promoting anti-Semitic memes and baseless conspiracy theories, including that victims of the Parkland school shooting were “crisis actors.”

Reddit is a link-sharing and discussion site where readers can submit and vote on posts; the most “upvoted” posts are promoted more widely across the site. The site’s forums, known as “subreddits,” operate independently from the company and are overseen by volunteer moderators, who are expected to follow sitewide rules banning violent threats, harassment and other prohibited content.

Reddit is less known than more mainstream social-media sites, but it has long been regarded as a feeder source for many of the viral memes and inside jokes that take off across the Web.

“It’s a meeting place for both normal and crazy people,” said Joel Finkelstein, director of the Network Contagion Research Institute, which tracks how racism, anti-Semitism and other hateful ideas spread online. “It’s like a canal meeting the ocean.”

“r/The_Donald” was particularly influential among Trump’s base: Brad Parscale, Trump’s campaign manager for 2016 and 2020, tweeted in the months before Trump’s election that he was a daily visitor. Trump himself participated in an “Ask Me Anything” question-and-answer session on the forum during the 2016 campaign.

The forum’s moderators tweeted on Wednesday that the company had moved to “totally suppress” the forum “on the eve of the Democrat Debates.” In a post on the forum, the moderators said the company has “set up an impossible standard as a reason to kill us before the 2020 election.”

Forum moderators had in weeks past changed elements of the “subreddit,” removing the down-vote button and changing the “Report” button, which allows people to flag potential rule-breaking content, to say “Deport.”

The “quarantine” move comes on the same day Trump launched his latest attack against Silicon Valley. He threatened a potential lawsuit against Facebook and Google, without providing much detail, and accused Google of trying to rig the election. The company has repeatedly denied that claim.

Trump also accused Twitter of limiting the reach of his tweets and censoring other conservative users, a charge the tech giant has long denied. The White House on Wednesday also announced it would gather “digital leaders” next month to talk about social media but did not elaborate on who would be in attendance.

The Washington Post’s Tony Romm contributed to this report.