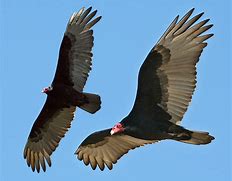 First the eyes, then the tongue, then every last shred of flesh.

And there isn’t much defense against black vultures and turkey vultures, both of which are federally protected and cannot be killed without a permit.

The Migratory Bird Treaty Act of 1918 covers all migratory birds, their nests and their eggs, which means that the birds can’t be harmed without federal permission. Their nests can only be disrupted, as a deterrent, if there are no eggs or young in them.

But as the vultures, which are native to Kentucky, have multiplied in numbers nationally over the last two decades, they have become more of a problem for farmers. Each year, Kentucky farmers lose around $300,000 to $500,000 worth of livestock to these native vultures, according to Joe Cain, commodity division director for the Kentucky Farm Bureau.

It’s not just farm animals. Small pets may be at risk too.

More: Louisville is the ‘snakiest city’ in Kentucky and all this rain has them slithering out

The birds can be valuable contributors to the ecosystem, disposing cleanly of animal carcasses. But their increased numbers have made them more desperate for food in other forms — even alive.

“With a vulture, it’s like someone came in with a skinning knife,” said Derek Lawson, the head herdsman for the 1300-acre bio dynamic Foxhollow Farm in Oldham County. “It’s all clean cuts. Usually, the hide’s completely cut off, whereas with a coyote or dogs, it’ll be torn and jagged.”

Non-farmers may see the birds more often on the side of the road, pecking at rotting roadkill. They’re easy to identify.

Black vultures have gray heads and hold their 5-foot wings in a horizontal position when in flight, according to the University of Kentucky Department of Forestry. Turkey vultures, on the other hand, are true to their name with bright red heads and a v-shaped in-flight profile.