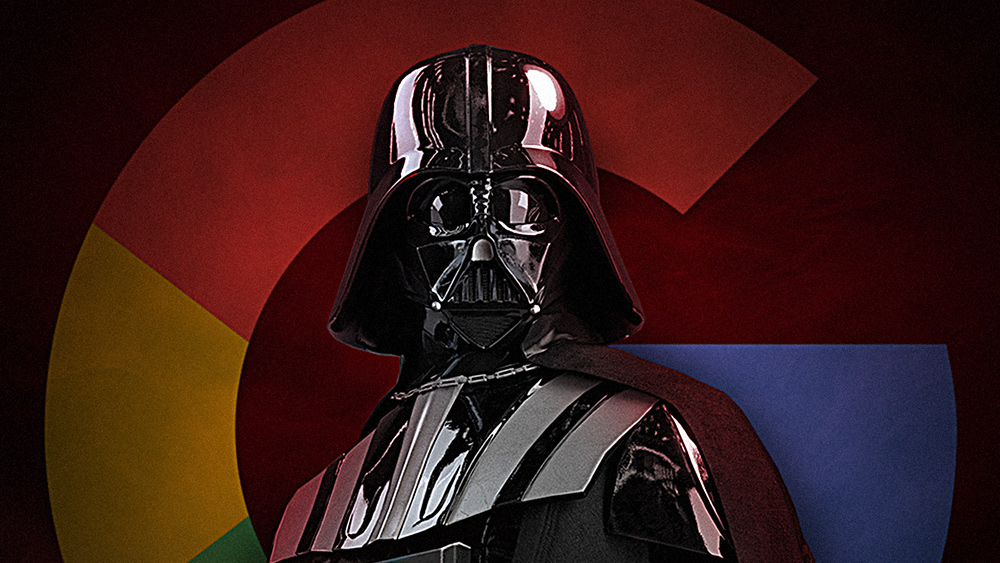 With Google doubling down on its criminal enterprise of election meddling and politically motivated censorship, the world is becoming increasingly aware of how unfair and evil Google has become.

A new meme has emerged that perfectly captures Google’s “philosophy” of brainwashing the public by rigging search results and search suggestions to annihilate independent journalism and push establishment, liberal lies that enslave humanity and cause untold human suffering.

Google has become the evil empire of our time. And just like in Star Wars, human rebels need to launch a torpedo into the death star and blow it to smithereens. The very existence of Google is incompatible with free society. Google must be shut down and permanently removed from society. Its engineers should be arrested, indicted and imprisoned for life to prevent them from repeating their evil schemes against humanity.

Share this meme everywhere, and join us in denouncing Google and calling for the Trump administration to dismantle the corporate monstrosity while criminally prosecuting its executives, managers and employees for being complicit in crimes against humanity.