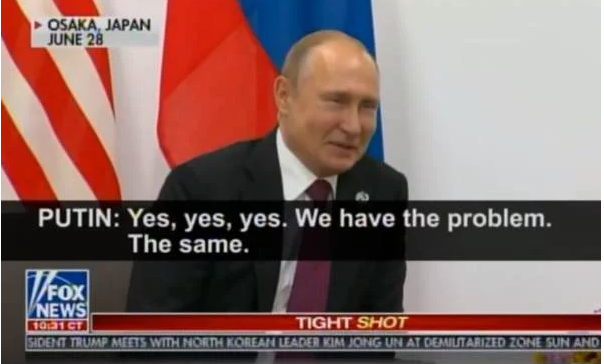 President Trump met with Russian President Vladimir Putin during his weekend at the G20 Summit in Osaka, Japan.

President Trump joked with the Russian president about the fake news media in America.

Vladimir Putin: Yes, yes, yes. We have the problem. The same.

Of course, this upset the American liberal fake news establishment who have been pushing the Russia collusion hoax for going on three years now.
They did not see the humor in the president’s comments.