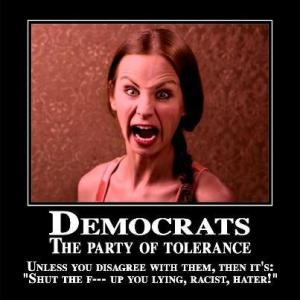 It has been quite a week for the Democrat Party. Actually, it has been quite a decade. It began when, just seven years after Islamic extremists executed the worst attack on U.S. soil killing almost 3,000 Americans, destroying the World Trade Center, and bringing America briefly to its knees, the country elected Barack Hussein Obama as President.

Obama had no executive experience but he was a community organizer and he managed to pull the wool over the eyes of the majority of the electorate – twice. That this man, who promised to transform the country – as if the greatest civilization in the history of mankind needed transformation – was selected to lead the Democrat Party was astonishing to those of us concerned about the future in which our children and grandchildren would be raised.

His reach was far and wide both domestically and internationally. Healthcare, education, separation of powers, federal courts at all levels, the Mideast, relationships with allies and enemies, and elevating Iran from terrorist-sponsor and Islamist pariah to international acceptance and regional hegemon were just a few of his “accomplishments.” A generation of Democrats openly seeking totalitarian socialism is now, however, his legacy.

Obama began by dividing the country. He advanced acrimonious narratives such as those awful Americans “clinging to guns and religion” (which Hillary then adapted to the “deplorables”), advising his base to bring “a gun to a knife fight.” Liberal America ate this up as if it were perfectly acceptable behavior to treat one’s fellow citizens as enemies despite the fact that the country already had plenty of real ones to contend with, against whom they should have been united in fighting. No matter; he pitted blacks against whites, rich against poor, Democrats against Republicans.

Rather than condemn this discordant language, Democrats chose to embrace it. College campuses, replete with intolerant liberals, are governed by administrators installing safe spaces for their snowflakes and protecting, if not instigating, the violence of the crazy leftist student body and faculty seeking to shut down diverse points of view. Governors, mayors and town boards tear down historic monuments they find offensive in the hopes of whitewashing our history. These same politicians, suffering from Trump Derangement Syndrome, institute Sanctuary City laws protecting illegal criminals from federal prosecution and deportation notwithstanding its flagrant disregard for our Constitution and the safety of their citizens.

The Democrats’ clown shows last week serve as the perfect illustration of just how nuts they have become. Free everything for everyone — whether criminally invading the country or simply living beyond one’s means — is now the policy of the Party. Enforcing our laws is passé and viewed as bigoted while these self-righteous, dishonest ignoramuses fight each other for power. Unfortunately, these progressive candidates get away with this nonsense because enough Democrats support their intolerant and totalitarian views.

They also get away with this by silencing opposing views. When I spoke out against my town’s Sanctuary City law, I was shouted down as a fear-monger and bigot by 100 crazy leftists who ignored the logic of my arguments to scream that Trump was destroying the country. When I spoke to a room of 200 women one month before Obama won his second term, they yelled at me that Mitt Romney would take away their daughters’ and granddaughters’ right to an abortion. For years conservatives have been silenced on college campuses, often requiring security guards when they attempt to speak. The speakers at the Women’s March and even Bernie Sanders revel in shouting at the rest of us lest we fail to fall in line. Intolerance is the new normal. Our way or the highway is the law of the Party.

So are lies and distortions. Democrats attack not just individuals with whom they disagree, not just ideas they find offensive, but the truth as they make up facts conveniently perpetuated through mainstream media, social media, progressive events, and the infamous Echo Chamber. Viewpoint discrimination is the new normal as a result of this totalitarian intolerance. And when one points this out, he is labeled a bigot, racist, homophobe, misogynist, or Islamophobe. Name-calling has proven effective.

A good friend who is a lawyer stormed out of a dinner when she found out that I supported Brett Kavanaugh. She literally began tearing her hair out in shock that someone might disagree with her. But just ask Jason Hill, who has been virulently attacked by students, faculty, and administrators at DePaul University where he is a tenured professor simply because he penned a column in support of Israel. He will likely be forced to leave his position simply because his academic community disagrees with his opinion.

Hill is not alone. Harvard law professors Ronald S. Sullivan Jr and his wife were removed from their 12-year position as faculty deans of a residential house because students were offended by Sullivan’s participation on Harvey Weinstein’s defense team. Harvard administrators sided with the snowflakes rather than teaching them that one is innocent until proven guilty and that the right to counsel is a constitutionally protected right.

Similarly, Yale professors Erika and Nicholas Christakis were forced off campus after a verbal attack by a mob of crazy, disrespectful students who found Erika’s memo regarding Halloween costumes offensive. Administrators decided to “protect” the students from ideas with which they disagreed allowing the intolerant to dictate the rules at the university. Two of the students were given awards for “enhancing race and/or ethnic relations” reminiscent of the recent President’s Service Award bestowed upon the anti-Semitic and hateful Students for Justice in Palestine at New York University. The award for “positively impact[ing] the culture of [NYU] and the members of [its] community” was given to SJP despite its intimidation and harassment of Jewish students including burning Israeli flags and posting mock eviction notices on Jewish students’ dorm room doors.

Back in the real world, the knitting website Ravelry.com announced a policy banning any statement of support for President Trump. Digest that for a moment. Because they view support for our president as support for white supremacy – a delusion in and of itself — no one who wishes to participate in their site may express support for Trump without being banned. Of course, given the viewpoint bias found in social media sites from Google and YouTube (at which PragerU videos have been removed) to Facebook and Twitter, should anyone really be surprised by Ravelry’s intolerance?

Then there are the slew of attacks on members of the Trump administration and other Republicans in restaurants across the country, with Eric Trump being spat upon by a restaurant employee this week. The Washington Post furthered the defense of restaurant employees banning and assaulting those with whom they disagree when it published the opinion of the restaurant owner who threw Sarah Sanders and her family out because she deemed Sanders her enemy.  In this arguably fascist person’s mind – and apparently that of many other Democrats – Republicans are the enemy (while Iran is an ally) simply because they have differing views.

The hypocrisy of these people is astonishing.  They scream that Trump is a liar and yet constantly make up their own “facts” in their quest for power. They yell about free speech and yet constantly seek to shut down ideas with which they disagree. They cry bigotry and racism when the government attempts to enforce the laws and yet are the discriminators who determine who and what will be permitted in their vision of civil society.

Ironically, these same enforcers are the ones bringing lawsuits to force bakers to make custom wedding cakes for gay couples despite having valid religious reasons not to do so. They sue Hobby Lobby and Little Sisters of the Poor to require them to provide contraception and abortifacients to employees despite religious objections to doing so. In these sick liberal minds, it’s perfectly acceptable to ban individuals from restaurants and websites simply because they are Republicans while those with religious reasons for not wishing to bake a cake must be driven out of town.

Which explains the craziness we’ve seen since Trump was elected. The day after he won Democrats took to the streets in protest; three years later they still deem him their enemy despite policies that have helped the country. They lie about everything from immigration policies begun under Obama to Trump’s Russia collusion knowing that they’re igniting a party base that is ideological and ignorant. Democrat leaders are now the pigs in Orwell’s Animal Farm and by the time the rest of the farm animals wake up to the totalitarianism they invited into their midst it will be too late to fight back.

If any of the 20 Democrats win in 2020, we can officially say goodbye to our democracy as we know it. College campuses have already been destroyed. The two left coasts are a disaster and demographic changes are leading to several purple states turning blue as the Democrats’ refusal to address the immigration crisis proves successful in their quest for power. More ignorant, arrogant, and bigoted representatives will be elected to Congress in the manner of AOC, Omar and Tlaib and Republicans will find themselves more and more marginalized. We can only hope that the majority of Americans watching this disaster unfold wake up and realize that intolerance for thee ultimately leads to intolerance for me. Democrats do not care about Americans’ rights – they seek totalitarian power. They need to be stopped.