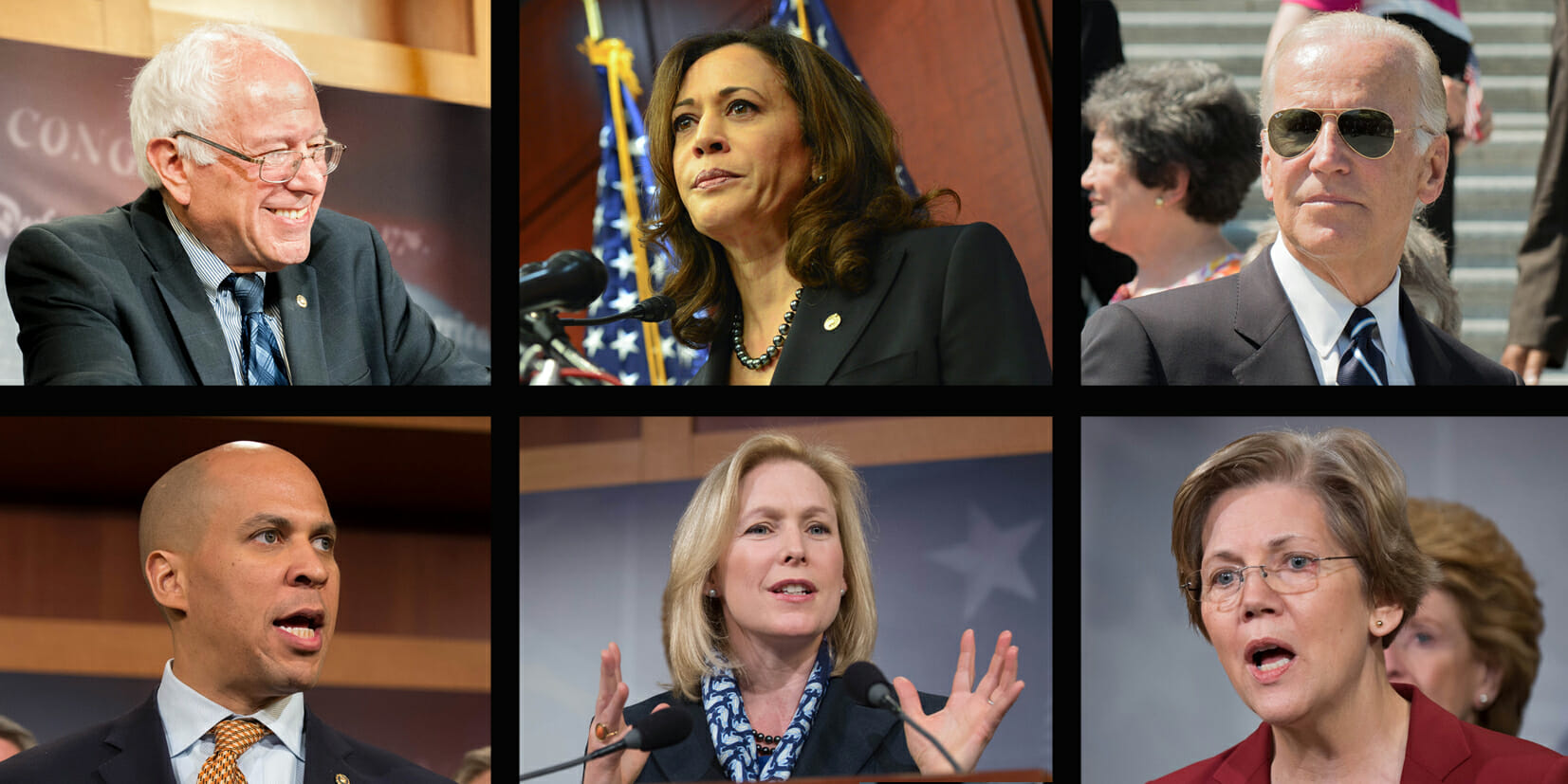 After watching the first two Democratic Party presidential debates last week, it has become crystal clear that there are embedded in this nation’s body politic prospective oligarchs who are overwhelming threats to the future of the nation.  The Democratic Party and its puppet masters are unquestionably a clear and present danger to the United States

The primary threat to this nation is not Donald Trump nor his supporters but an evolving autocratic oligarchy made up of the hierarchy of American Left, which includes elements of the political class, the mainstream media, the education establishment and, most recently, the titans of Silicon Valley.  Over the past 25 years, while the bulk of the Republican Party and the hierarchy of the conservative movement  myopically extended the hand of friendship, this cabal has been overwhelmingly successful in their stealth takeover of the Democratic Party, which is now the vehicle being utilized to manipulate the “unenlightened and inferior” masses with utopian promises and empty rhetoric.

They are doing so by promoting a so-called benevolent and just central government (i.e. socialism) dominated in perpetuity by the “enlightened” while promoting their brand of socialism and obliterating any opposition.  Additionally, their evolving position on abortion and euthanasia reflects the mindset that deems virtually all human beings as mere pawns of the state.

The common mindset of all those determined to seize power in perpetuity, either by force of arms or the ballot box, is a profound contempt for the dignity and sanctity of human life.  This is a philosophical necessity in order to view the bulk of the populace as inferior and therefore servants and wards of the state to be exploited or restrained for political or economic ends.  Over time, this mentality inevitably and rapidly descends into the abyss of malevolence and the indiscriminate taking of life.  The first irreversible step in the evolution of this mindset is unfettered abortion at any stage of gestation or immediately after birth as well as the acceptance and promotion of unrestrained government sponsored euthanasia.

Additionally, over the past 90 years virtually all potential oligarchs or tyrants have utilized the following six political stratagems, that do not require armed conflict, in order to permanently obliterate any opposition.  They were first employed by Adolf Hitler and documented by renowned American Psychoanalyst, Dr. Walter C Langer:

Even the least politically involved Americans can see that over the past two decades, the hierarchy of the American Left and its appendages as well as many elected officials in the Democratic Party have been shamelessly utilizing all these tactics.

Further, this clique, in their disdain for human life is not only exploiting gullible and ill-educated armies of illegal immigrants as pawns in an attempt to create a new and reliable voting bloc and rend the fabric of the nation; they are also unabashedly in favor of unfettered abortion at any stage of gestation, upon birth or shortly thereafter, and have also begun promoting unrestrained euthanasia.

As confirmed by all 24 candidates presently running for the Democratic Party presidential nomination singing out of the same hymn book, this potential oligarchy, in order to assume power in perpetuity, is continuing its attempt to hoodwink the electorate with deceptive and unrealizable utopian promises straight out of the Marxian Socialist playbook.

Hence, the American Left, and its political arm– the Democratic Party– is the ideological and spiritual offspring of the callous authoritarians that ran roughshod throughout the twentieth century.  The American Left may not harbor the murderous and tyrannical urges of many of those despots but their determination to control all the levers of power is no different.  Over the past century, Socialism, regardless of its many names and faces, is a contrived Ponzi scheme utilized by those with either megalomaniacal or ruthless inclinations in order to permanently insert themselves at the helm of a nation’s ruling structure.

During the more than two years of his presidency, Donald Trump has not employed these self-serving tactics, he is unabashedly a promoter of pro-life causes and he has been a champion of liberty and capitalism.  As someone who has firsthand experience with the tyranny of Nazism or National Socialism, I can say with confidence that Donald Trump is the antithesis of a potential despot and that the vast bulk of those who support him are patriots and the polar opposite of Fascist sympathizers.

Because of the unique structure of checks and balances set out in the Constitution, this nation can only function with two major political parties.  One of these, the Democratic Party, as these dreadful debates reinforced, is now controlled by authoritarian oligarchs.  Never in its 243-year history has the United States faced such a stark political contrast or threat to its founding principles.

Unless and until the Democratic Party permanently rids itself of those in the thrall of socialism and afflicted with megalomania or is discarded on the ash heap of history, the American people, and in particular many elected Republicans and the myopic self-serving Never Trump faction in the hierarchy of the conservative movement, must understand that there is no option other than Donald Trump in 2020 and a vibrant combative conservative pro- American or nationalist movement for the foreseeable future.

One thought on “Where the Democrats are Trying to Take Us”