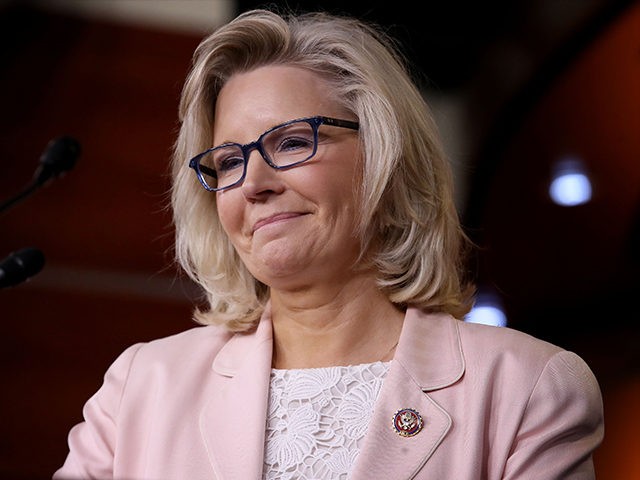 Rep. Liz Cheney (R-WY), the daughter of former Vice President Dick Cheney, holds a significant lead in a potential primary matchup against former Rep. Cynthia Lummis (R-WY) should the two face off in a primary for the U.S. Senate seat of retiring Sen. Mike Enzi (R-WY).

Cheney also has majority support among extremely and very conservative voters at 64 percent, and among Trump Republicans at 68 percent. Pro-lifers in a Cheney v. Lummis battle back Cheney with 61 percent, too, the poll found.

The survey was conducted from June 22 to June 24, and surveyed 502 likely GOP primary voters and has a margin of error of 4.5 percent.

“Congresswoman Cheney would begin a U.S. Senate race in a strong position,” pollster Ed Goeas wrote in a memo about the survey obtained by Breitbart News. “Republican primary voters are pleased with her job performance. Additionally, the President could play a decisive role in this primary, particularly among high propensity GOP primary voters.”

The Senate seat has opened up in the wake of Enzi’s announcement in early May that he would retire. Speculation has mounted that Cheney, Lummis, or both may vie for Enzi’s seat in the Senate. Cheney, currently the number three official in House GOP leadership as the House GOP conference chairwoman for the minority, has quickly risen through the ranks since she was first elected to represent Wyoming’s at-large congressional district in the 2016 election.

When the news broke that Enzi was retiring, Politico reported that Republicans on both sides of Capitol Hill began vying for Cheney’s affection–attempting to woo her to either stay in the House or shoot for the Senate seat.

“I texted her when I found out about it and said, ‘Hey, you’ve got some decisions to make, but we love having you here,’” Rep. Rodney Davis (R-IL) said, for instance, according to Politico. “That just shows how effective of a legislator she is, and how good a person she is if everyone wants her to stay.”