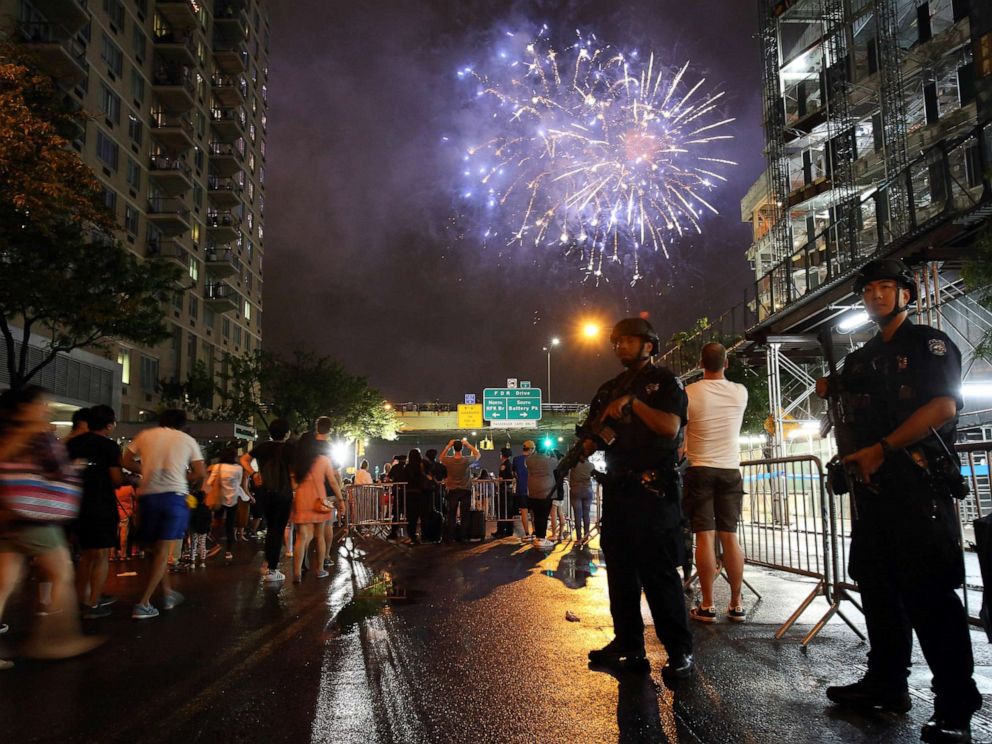 Federal authorities are warning that white supremacists and other political radicals could look to attack Independence Day revelers on July 4, noting in a bulletin to law enforcement around the country that domestic terrorists “have attacked perceived oppressors, opponents, or enemies engaged in outdoor First Amendment-protected rallies or protests during past summers.”

Such bulletins are routinely distributed in the days before a major national holiday, but previous bulletins have often focused on “homegrown” terrorists inspired by overseas groups like ISIS or al-Qaeda rather than “domestic” terrorists radicalized by domestic issues such as abortion or white supremacy.

The bulletin, which was issued Wednesday, makes prominent mention of both threats inside the U.S. homeland.

(MORE: Video: What is domestic terrorism?)

“The FBI, DHS, and NCTC remain concerned that [they] could target upcoming Independence Day celebrations, gatherings, or parades, though we are unaware of any current plots specifically targeting such events,” stated the bulletin, obtained by ABC News. “We note that attacks can occur with little to no warning because of the frequently lower levels of security around civilian targets, challenges in securing large crowds, and calls for attacks against soft targets.”

Both “domestic” and “homegrown” terrorists “likely would use simplistic tactics and relatively easily obtainable weapons such as firearms, knives, and vehicles—although some violent extremists have historically sought to use explosive devices.”

Beyond domestic terrorism threats, the bulletin warns that ISIS has recently renewed calls for sympathizers to launch their own attacks inside the United States.

Last week, the FBI arrested a 21-year-old Pennsylvania man for allegedly plotting to bomb a church in Pittsburgh. He had come to the United States as a refugee from Syria and was allegedly inspired by ISIS.

The FBI is currently tracking about 1,000 suspected “homegrown” terrorists inside the United States who authorities believe have been inspired by ISIS, al Qaeda or other foreign terrorist organizations, a senior FBI official recently testified to Congress.

“In fact, there have been more arrests and deaths in the United States caused by domestic terrorists than international terrorists in recent years,” the head of the FBI’s counterterrorism division, Assistant Director Michael McGarrity, recently told a House panel.

The bulletin issued Wednesday ahead of the July 4 holiday mentioned the case of James Fields, who in 2017 drove his car into a crowd of counter-protesters at the “Unite the Right” rally in Charlottesville, Virginia, killing a woman and injuring scores of others.

On Friday, Fields was sentenced to life in prison after being convicted of federal hate crimes.

Wednesday’s bulletin emphasized: “The FBI, DHS, and NCTC are not aware of any specific, credible threats surrounding the upcoming Independence Day holiday, but note that previous attacks in the Homeland have happened with little to no warning.”

Asked about the new bulletin, an FBI spokeswoman said in a statement, “The FBI regularly assesses intelligence regarding possible threats to the U.S. and will continue to work closely with our federal, state, and local law enforcement partners should there be any potential threat to public safety. We ask members of the public to maintain awareness of their surroundings and to report any suspicious activity to law enforcement immediately.”