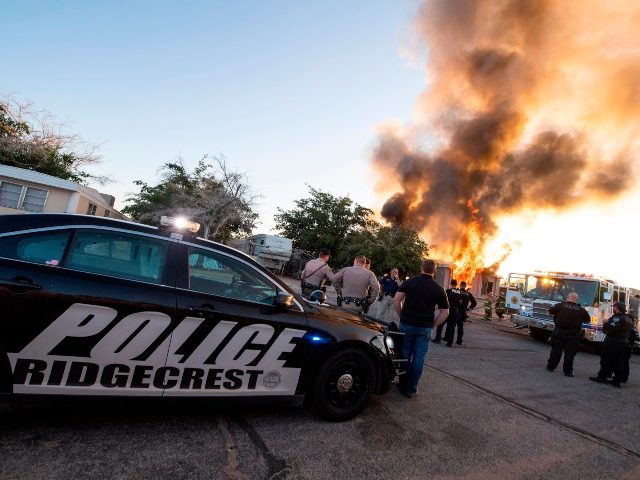 “On behalf of all Californians, I offer my heartfelt support to those affected by tonight’s earthquake near Ridgecrest. The State of California will continue to offer support to aid residents in the region,” the governor said in a press release Saturday.

Reports said that the magnitude 7.1 earthquake is the largest to hit the area in decades.

“Earlier this evening I formally requested a Presidential Emergency Declaration for Direct Federal Assistance to further support emergency response and recovery in impacted communities,” the Office of the Governor of California tweeted Friday.

The earthquake shook the town of Ridgecrest, near Death Valley National Park, on Friday evening. Reports state that the tremor hit the area with eight times more force than the 6.4 quake that affected the area not 34 hours prior.

The initial earthquake was followed by almost 16 aftershocks of magnitude 4 or higher, reports state.

Ridgecrest Mayor Peggy Breeden told reporters, “We’ve got fires, we’ve got gas leaks, we’ve got injuries, we’ve got people without power. We’re dealing with it as best we can.”

Three thousand Ridgecrest residents are now without power, and water main lines have also been broken as a result of the event.

“This was a very large earthquake, and we also know there’s going to be a series of aftershocks as a result of the main quake,” Office of Emergency Services director Mark Ghilarducci said. “This is not going to be something that’s going to be over right away.”

The last major earthquake to hit Southern California was the 6.7 magnitude Northridge quake in 1994. It struck a heavily populated area of Los Angeles, caused billions of dollars in damage, and tragically killed 57 people as a result.

Reports state that although the magnitude of Friday’s quake was higher and released much more force than the Northridge event, the most recent quake was not as damaging because it occured in a more remote and sparsely populated area of the state.