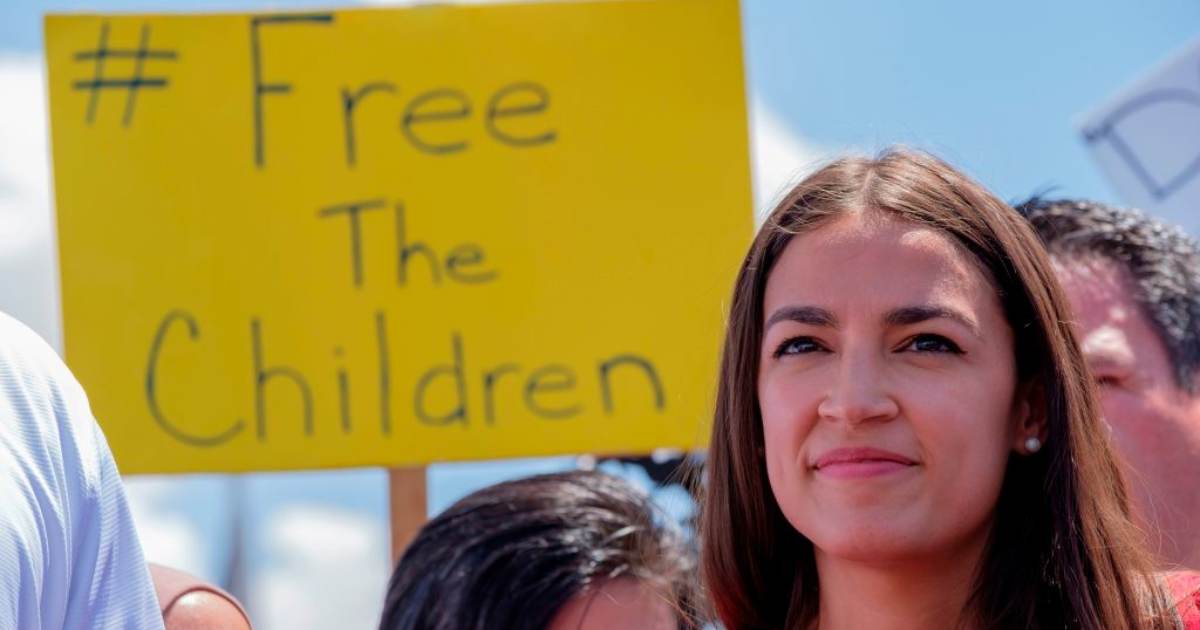 When Rev. Samuel Rodriguez heard reports about Rep. Alexandria Ocasio-Cortez’s visit to a U.S.-Mexico border housing facility — including allegations that residents were forced to drink out of toilets — he was “full of indignation.”

So he went there himself.

“I read the reports, saw the news clips. I just wanted to see what was actually happening in order to better enable our efforts to find a fair and a just solution to our broken immigration system,” said Rodriguez, who has advised President Trump and both Presidents Barack Obama and George W. Bush on immigration reform, according to Fox News. “To my surprise, I saw something drastically different from the stories I’ve been hearing in our national discourse. Even as a veteran of immigration advocacy in the U.S., I was shocked at the misinformation of the crisis at the border.”

“We found no soiled diapers, no deplorable conditions and no lack of basic necessities,” Rodriguez remarked, adding he specifically asked border agents if they staged the facility in response to the negative press. “They unequivocally denied it — we were witnessing the identical conditions the attorneys saw when they toured the facility days earlier.”

In fact, some told him the sources from whom the negative coverage originated “never toured the areas of the facility that we toured” and speculated they might have had political motivations.

The pastors left encouraged by the commitment and dedication of America’s Border Patrol and immigration officers, “many of which are Latinos, by the way.” He said one emotional Border Patrol agent turned to him and said, referring to the vilification: “Pastor Sam, what they’re saying about us is completely false. We care about these kids and have a passion for our calling.”

The mainstream media lapped it up AOC’s charges, but one top border union official also said they just weren’t true.

“As the president of the National Border Patrol Council, the union representing 16,000 Border Patrol agents, I am personally and professionally offended by Rep. Alexandria Ocasio-Cortez’s outrageous, inflammatory and false claims about the dedicated law enforcement officers I represent,” Brandon Judd wrote in a Fox News piece.

Judd noted that on Tuesday, Ocasio-Cortez once again described the housing facilities for foreigners who are caught illegally entering America as concentration camps – “absurdly comparing these facilities to the death camps run by the Nazis who murdered 6 million Jews and millions of others during World War II.

“This is a horrible insult to the memories of the innocent men, women and children slaughtered by the Nazis, and to our Border Patrol agents – implying that our agents are no different from the Nazi butchers. The outrageousness of this vicious slander is breathtaking – especially coming from a member of Congress.”

I am disgusted by Ocasio-Cortez’s lies and her determination to needlessly and dangerously inflame public sentiment regarding the crisis on our southern border by abandoning facts and making wild and unsupported accusations.

The congresswoman is clearly using phrases designed to enrage the uninformed and to pander to a base that wants open borders and unlimited illegal immigration.

Ocasio-Cortez made an outrageous claim this week about a woman being told to drink toilet water in a detention facility. This false claim is easily disproven with actual video. Ocasio-Cortez is basing her claim on a single female detainee who reportedly told the congresswoman that an agent told her to “drink toilet water.” That’s it.

As for Ocasio-Cortez’s claim that residents of the housing facility are forced to drink from toilets, the Washington Examiner shot that down.

The agent on scene said the congresswoman misrepresented why a person in custody had drunk from a toilet.

“So this is what happened with the migrant and drinking water from toilet: she wanted water, didn’t know how to use the faucet in the cell, and drank from the toilet. She never told AOC that we made her drink from the toilet. AOC, of course, changed it … This was when she [the migrant] was apprehended and brought into the facility,” according to the agent.

Judd also said “the facts do not support Ocasio-Cortez. Detainees have never been told to drink toilet water. And Border Patrol agents are doing everything in their power to treat the illegal immigrants as humanely as possible under overcrowded conditions.”

I find it interesting that every time Ocasio-Cortez is found to be wrong about something – and that’s quite often – she simply doubles down and redirects with new “information.”

AOC did try to backtrack, posting this on Twitter.

This was in fact the type of toilet we saw in the cell.

Except there was just one, and the sink portion was not functioning – @AyannaPressley smartly tried to open the faucet, and nothing came out.

So the women were told they could drink out of the bowl. https://t.co/rcu9Rt6B2x

Judd said Ocasio-Cortez visited the facilities as part of a photo op and campaign to smear the border patrol. “She made up her mind long before visiting a detention facility in Texas that Border Patrol agents are bad people. And she obviously believes that all illegal immigrants are innocent victims, and that photo ops and lies can help her spread her propaganda to an uninformed public.”