Accused child sex trafficker Jeffrey Epstein claimed that he was a co-founder of the Clinton Global Initiative, a subsidiary of the scandal-plagued Clinton Foundation. Bill Clinton was a frequent Epstein travel companion. 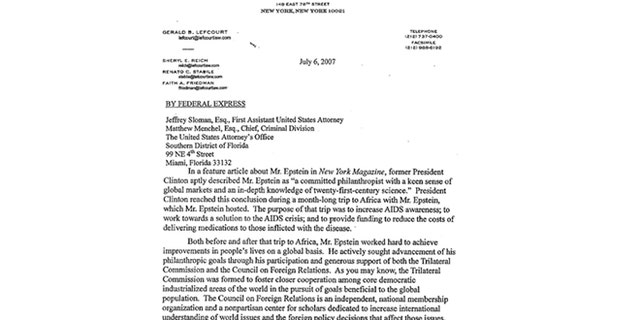 “Mr. Epstein was part of the original group that conceived the Clinton Global Initiative, which is described as a project ‘bringing together a community of global leaders to devise and implement innovative solutions to some of the world’s most pressing challenges,” read the July 2007 letter to the U.S. Attorney’s office in the Southern District of Florida. “Focuses of this initiative include poverty, climate change, global health, and religious and ethnic conflicts.””

The U.S. District Court Judge presiding over the Jeffrey Epstein child trafficking case was appointed to the federal bench by former president Bill Clinton, a frequent travel companion of Epstein. Epstein actually claimed to be a co-founder of the Clinton Foundation.