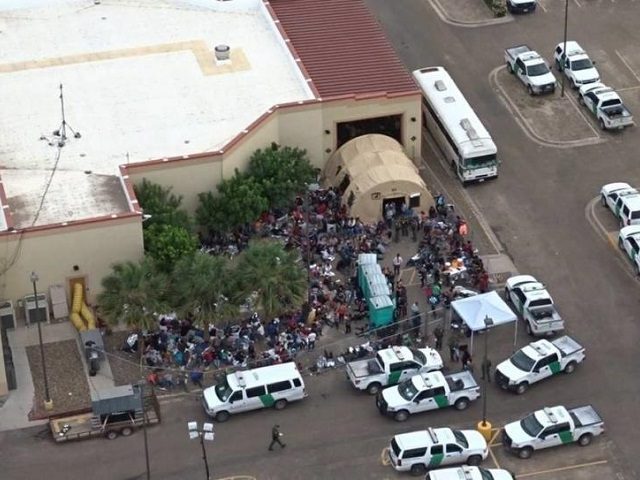 U.S. Representative Chip Roy (R-TX) told Breitbart News Daily that many of the claims made by his Democrat colleagues and media about the Border Patrol facilities housing migrant families and unaccompanied minors are false. He blamed the Democrats for not properly funding the facilities despite months of warnings from Border Patrol officials about the crisis.

During an exclusive interview on Breitbart News Daily Tuesday morning, Rep. Roy debunked many of the claims made by Alexandria Ocasio-Cortez (D-NY) and her fellow representatives about the shelters used by Border Patrol agents to temporarily hold migrant families and unaccompanied minors.

Roy said he has toured these facilities, excluding the Clint facility, many times since becoming the representative for the San Antonio-based congressional district. Last week, he sent his chief of staff to take an in-depth tour of the Clint facility.

The San Antonio congressman said his chief of staff spent hours in the Clint facility and had a full briefing. “What we’ve seen is the truth of what is happening there is very different — very different — from what is being portrayed by the media and by colleagues who are distorting the truth.”