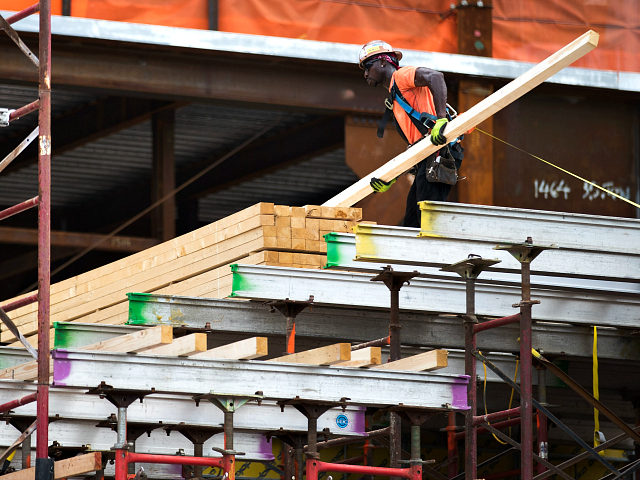 The federal government must force tens of millions of suburban voters to sacrifice their houses’ value, their quiet schools, and their green neighborhoods so poor immigrants can have cheaper rents and investors can build more houses, according to the New York Times‘ editorial board.

“The federal government is an irresistible force when it chooses to prioritize an issue. It is past time to prioritize the availability of affordable housing” for immigrants, says the July 7 editorial, titled “A New Approach on Housing Affordability.”

The editorial starts with a complaint about housing prices — but it never mentions the obvious fix: Ending the federal policy of annually importing 1 million immigrant workers, consumers, and renters, which inflates housing prices and class competition for good neighborhoods and good schools. Reduced immigration, in contrast, would raise Americans’ salaries, lower their housing prices, improve their schools, and also disappoint real-estate investors.

A growing number of Americans are struggling to cope with the high and rising cost of rental housing in the United States. On any given night last year, more than half a million Americans were homeless. Nearly 11 million households managed to keep a roof over their heads only by spending more than 50 percent of their income on rent, sharply curtailing their spending on food, health care and other needs. Millions more cannot afford to live in the neighborhoods where children are most likely to thrive, or in the cities where jobs are concentrated.

Three candidates — Senator Cory Booker of New Jersey; Julian Castro, the former secretary of housing and urban development under President Barack Obama; and Senator Elizabeth Warren of Massachusetts — have proposed that the federal government should pressure local governments to allow more development [within suburbs] … Mr. Booker and Mr. Castro have proposed that the federal government should require local governments to adopt land-use reforms before they can obtain federal funding for infrastructure projects. The point is not to mandate construction of skyscrapers in place of suburban subdivisions. Rather, it is to require local jurisdictions to make reasonable plans to accommodate population growth — for example, by allowing small-scale apartment buildings in single-family neighborhoods.

The NYT’s “small-scale apartment buildings” link connects to a June 15 editorial by the board which lauds the progressive city of Minneapolis for taking single-family lot zoning away from the city’s homeowners. Suburbia is an economically inefficient “entitlement” for wealthy Americans, the paper claims:

in most places, [new] housing construction remains wildly unpopular. People who think of themselves as progressives, environmentalists and egalitarians fight fiercely against urban development, complaining about traffic and shadows and the sanctity of lawns.

That’s why a recent breakthrough in Minneapolis is so important. The city’s political leaders have constructed a broad consensus in favor of more housing. And the centerpiece is both simple and brilliant: Minneapolis is ending single-family zoning …

People should be free to live in a prairie-style house on a quarter-acre lot in the middle of Minneapolis, so long as they can afford the land and taxes. But zoning subsidizes that extravagance by prohibiting better, more concentrated use of the land. It allows people to own homes they could not afford if the same land could be used for an apartment building. It is a huge entitlement program for the benefit of the most entitled residents.

The loose fabric of single-family neighborhoods drives up the cost of housing by limiting the supply of available units. It contributes to climate change, by necessitating sprawl and long commutes. It constrains the economic potential of cities by limiting growth.