Another Google whistleblower leaks to Project Veritas over censorship 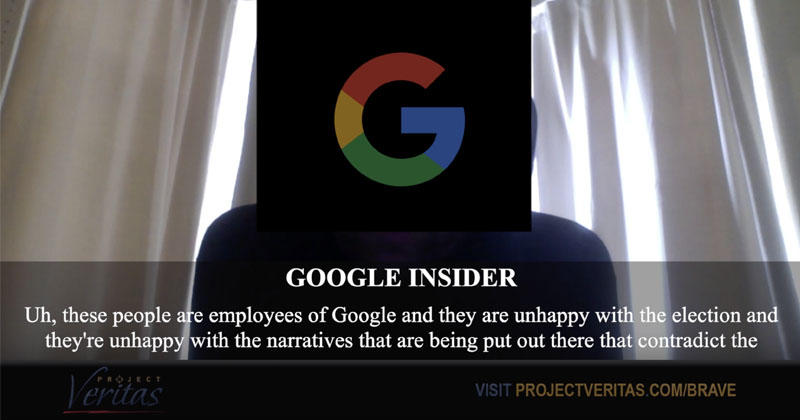 “Google basically says they are impartial publishers of content and therefore are not liable for any content they publish,” the insider told PV. “But these documents show that they are anything but impartial.”

One of the documents Project Veritas published shows an internal Google email:

“…I’m sure most of you are aware of the extreme sexism that articles and comments on Breitbart disseminate. For this and many other reasons, my colleagues and I have drafted an internal letter to leadership asking them to end Google’s business relationship with Breitbart and enforce AdSense policies on prohibited content.”

“Please consider. And if you do agree, please ask others to sign. Our goal is to send the letter to company leadership tomorrow for their consideration. So far, 1186 Googlers have co-signed the letter…”