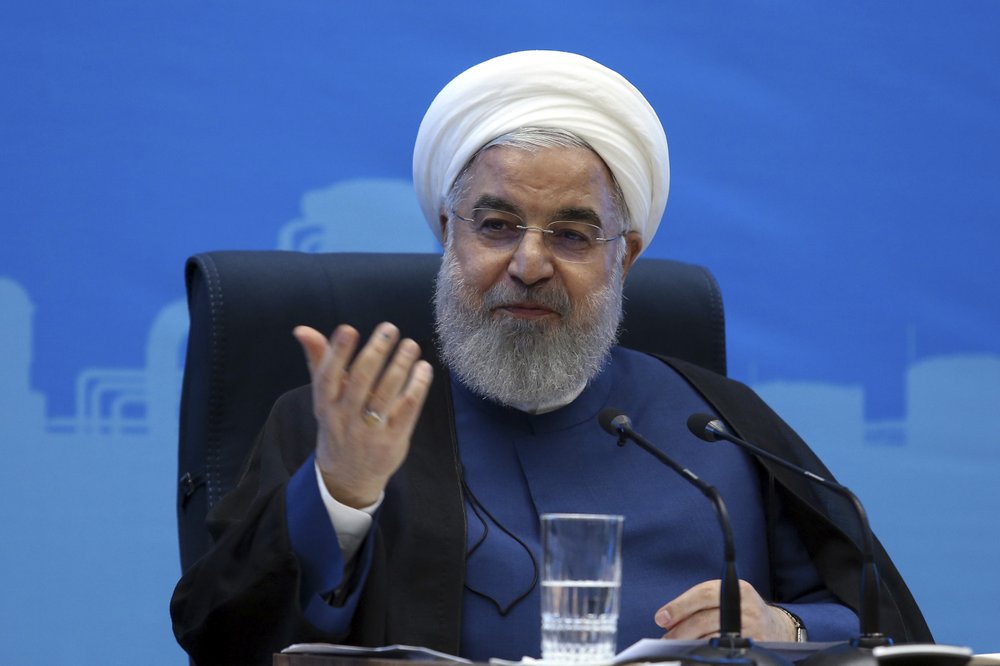 The Panamanian-flagged oil tanker MT Riah stopped transmitting its location overnight on Sunday near Qeshm Island, which has a Revolutionary Guard base on it, according to data listed on tracking site Maritime Traffic.

Iran’s state television did not identify the seized vessel, but said it was intercepted on Sunday. It said the oil tanker had 12 foreign crew members on board and was involved in smuggling some 1 million liters of fuel from Iranian smugglers to foreign customers.

The report said the oil tanker was intercepted in south of Iran’s Larak Island in the Strait of Hormuz.

The 58-meter (190-foot) Riah typically made trips from Dubai and Sharjah on the UAE’s west coast before going through the strait and heading to Fujairah on the UAE’s east coast.

The acknowledgement that a vessel has been seized by Iran’s Revolutionary Guard appears to contradict statements by Iran’s Foreign Ministry spokesman on Wednesday saying Iran had aided a foreign oil tanker with a malfunction.

The move by the Guard comes amid heightened tensions between Iran and the U.S. after President Donald Trump pulled the United States out of Iran’s nuclear deal with world powers last year and imposed sanctions, including on Iranian oil exports.

Iran has recently increased uranium production and enrichment over the limits of its 2015 nuclear deal, trying to put more pressure on Europe to offer it better terms and allow it to sell its crude oil abroad.

The U.S. has sent thousands of additional troops, nuclear-capable B-52 bombers and advanced fighter jets into the Mideast amid the heightened tensions.

Mysterious attacks on oil tankers and Iran shooting down a U.S. military surveillance drone has added to the fears of an armed conflict breaking out.