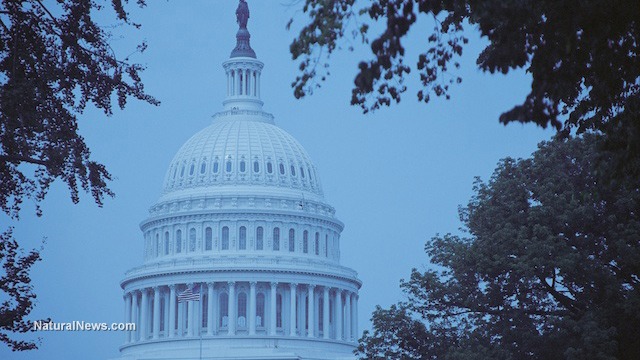 Last week ahead of the G-20 Summit in Osaka, Japan, President Donald Trump caused the Left-wing media to lose their collective minds again when he trolled them over a question regarding Russian election meddling.

As POTUS sat with Russian President Vladimir Putin, an unidentified American reporter shouted a question asking whether Trump was planning to tell his counterpart not to “meddle” in the 2020 elections.

“Of course,” POTUS said before turning to Putin and facetiously saying, “Don’t meddle in the election.” He then playfully made the request again, this time pointing at the Russia leader, who laughed.

As The National Sentinel reported, Trump was obviously trolling the media and Democrats, most of whom are still pushing the lie that he “colluded” with Putin to “steal the election” from Hillary Clinton — despite the fact that special counsel Robert Mueller has ‘officially’ cleared him.

Project Veritas released an undercover video involving Google executive Jen Gennai talking about how her company is manipulating its AI algorithms to censor out pro-Trump, pro-administration content ahead of next year’s election.

The video also featured an insider/whistleblower who said Google’s primary objective is to prevent POTUS Trump’s reelection and to prevent anyone else like him ever making it to the White House.

So what, right? A private company can do whatever it wants, right? Not so fast. Because the Internet has become the new ‘public square’ in the 21st century and because Google’s market share is so large, researchers have found that the company — in combination with other social media behemoths — can actually influence the outcomes of elections.

This is far more serious than any ‘Russian’ meddling

Project Veritas didn’t just uncover this bombshell and report it. The organization has also informed a bipartisan group of lawmakers about its findings.

“This prohibition includes in-kind contributions by corporations where something of value is offered that supports or opposes a candidate for office. As an incorporated entity, Google is forbidden under the FECA to use resources to ‘never let[] somebody like Donald Trump [to] come to power again.’”

“The captured video of Ms. Gennai illustrates that Google is currently ‘training [its] algorithms’ and is thus taking concrete steps likely in violation of federal election law,” Barr noted further.

In subsequent reporting, Project Veritas has also exposed the search platform for instructing employees on how best to resist POTUS Trump and his policies, while blacklisting pro-life terms from search results before an abortion referendum in Ireland, and labeling conservative politicos like Ben Shapiro and Dennis Prager ‘Nazis using dog whistles.’

Big League Politics reports that even more Google whistleblowers are set to come forward, so the PR nightmare may not be over for the company just yet.

Beyond that, it’s patently obvious that something needs to be done about Google’s election meddling, which is much more serious than anything Russia has done.

Read more about how Big Tech’s conservative censorship could change the election at BigTech.n