Locals say Epstein was flying in underage girls long after his conviction for sex crimes—and authorities did nothing to stop him. “It was like he was flaunting it,” says an employee at the airstrip on St. Thomas. “But it was said that he always tipped really well, so everyone overlooked it.” 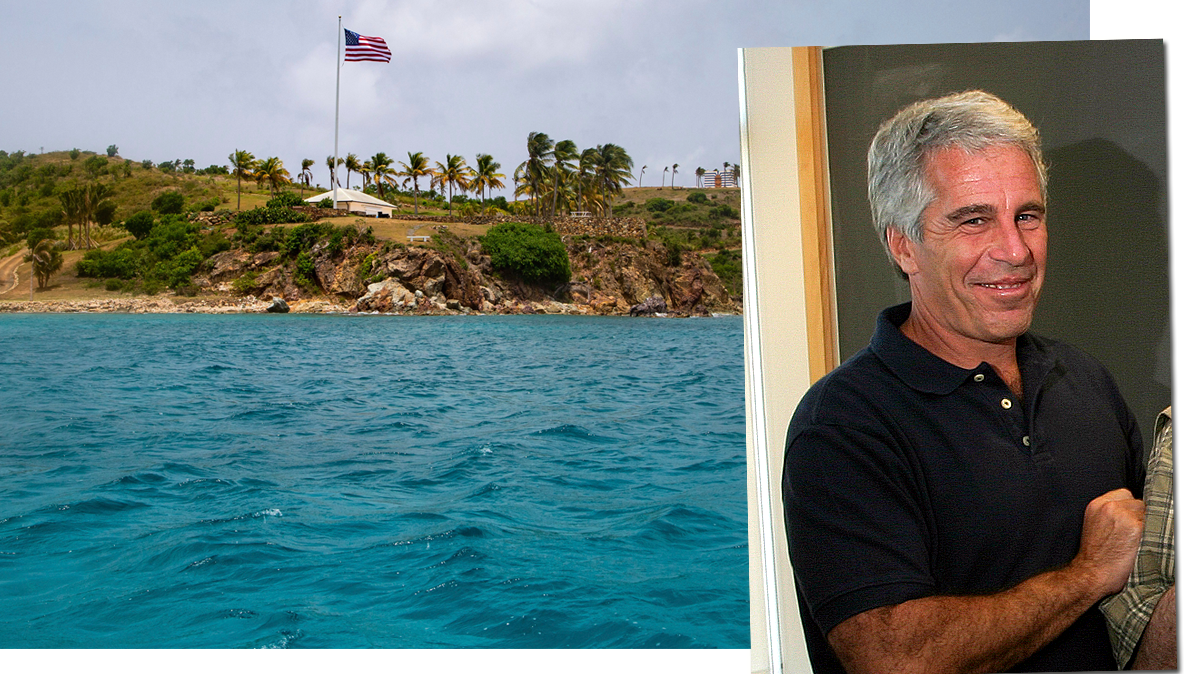 Ever since billionaire Jeffrey Epstein was arrested on July 6 on charges of sex trafficking, the media have been scrambling to make sense of what happened on Little St. James, his 70-acre private island in the Caribbean. But on nearby St. Thomas, locals say Epstein continued to bring underage girls to the island as recently as this year—a decade after he was forced to register as a convicted sex offender—and that authorities did nothing to stop him.

Two employees who worked at the local airstrip on St. Thomas tell Vanity Fair that they witnessed Epstein boarding his private plane on multiple occasions in the company of girls who appeared to be under the age of consent. According to the employees, the girls arrived with Epstein aboard one of his two Gulfstream jets. Between January 2018 and June 2019, previously published flight records show, the jets were airborne at least one out of every three days. They stopped all over the world, sometimes for only a few hours at a time: Paris, London, Slovakia, Mexico, Morocco. When they left St. Thomas, the employees say, they returned to airports near Epstein’s homes in Palm Beach and New York City.

“On multiple occasions I saw Epstein exit his helicopter, stand on the tarmac in full view of my tower, and board his private jet with children—female children,” says a former air traffic controller at the airstrip who asked to remain anonymous. “One incident in particular really stands out in my mind, because the girls were just so young. They couldn’t have been over 16. Epstein looked very angry and hurled his jacket at one of them. They were also carrying shopping bags from stores not on the island. I remember thinking, ‘Where in the world have they been shopping?’”

Another employee at the airstrip, who requested anonymity because he is not allowed to speak about travelers in his official capacity, says Epstein would land at St. Thomas twice a month on average. “There’d be girls that look like they could be in high school,” the employee recalls. “They looked very young. They were always wearing college sweatshirts. It seemed like camouflage, that’s the best way to put it.” Epstein would be dressed in a tracksuit, but the girls carried shopping bags from designer labels: Gucci, Dior.

The employee adds that he and his co-workers would joke around about what they were seeing. “Every time he landed or took off, it was always brought up. We’d always be joking, ‘How many kids are on board this time?’” But the employee also says he felt “pure disgust,” calling it “absolutely insane” that a convicted sex offender was able to move around so openly in the era of MeToo.

“I could see him with my own eyes,” the employee says. “I compared it to seeing a serial killer in broad daylight. I called it the face of evil.”

Epstein apparently made no attempt to hide his travels with young girls. The airstrip in St. Thomas sits in plain sight of a central highway, and a nearby parking lot at the University of the Virgin Islands provides a complete view of the tarmac and almost every aircraft on the ground. When he’s “home” on Little St. James, Epstein’s plane is always parked right in front of the control tower.

“The fact that young girls were getting out of his helicopter and getting into his plane, it was like he was flaunting it,” the employee says. “But it was said that he always tipped really well, so everyone overlooked it.”

In fact, it appears that local authorities did nothing to investigate Epstein’s repeated trips with young girls—let alone intervene—despite the fact that he was listed on the island’s registry of sex offenders. Chief William Harvey, a veteran of the Virgin Islands police department, tells Vanity Fair that he does not know who Epstein is, and is unaware of any investigation into him. Sammuel Sanes, a former senator for the Virgin Islands, says he is unaware of any special precautions taken by law enforcement to track the arrivals and departures of Epstein’s jet on St. Thomas, or the movements of his helicopter to and from his private island.

Lawyers for Epstein, who has pleaded not guilty to the charges of sex trafficking, say he “flatly denies any illegal involvement with underage women.” But those on the island who witnessed Epstein in action remain shocked that a convicted pedophile could brazenly continue to travel to and from the United States accompanied by young girls.

“My colleagues and I definitely talked about how we didn’t understand how this guy was still allowed to be around children,” says the former air traffic controller. “We didn’t say anything because we figured law enforcement was doing their job. I have to say that that is regrettable, but we really didn’t even know who to tell, or if anyone really cared.”

One thought on ““The Girls Were Just So Young”: The Horrors of Jeffrey Epstein’s Private Island”