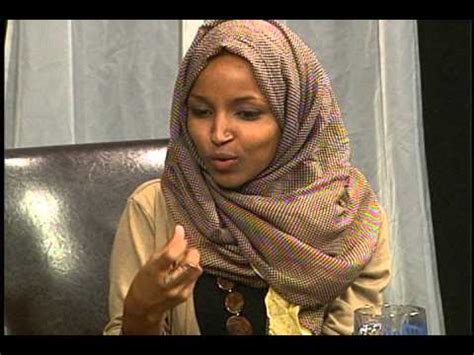 Homer’s Odyssey hero Achilles gained fame with his reckless attacks.  He was able to be so reckless because his vulnerability was small when compared to his giant frame.  While the GOP continues to enjoy its strong base and enthusiasm, it also has an Achilles heel: its lack of effective opposition research.

Governor Northam exposed this weakness back in February when pictures of him from his medical school’s 1984 yearbook emerged naming him as a figure either dressed in KKK garb or in clichéd and racist blackface.  The pictures were first uploaded to 4Chan and then picked up by a local paper before hitting national headlines.  Governor Northam had just won the gubernatorial position in 2017.  Why did his opponent, Ed Gillespie, and his campaign fail to expose this before the election?

If I ever campaigned for public office, regardless if it was against a man that I knew went to school in the Deep South in the ’70s and ’80s, one of the first places I would look for anything incriminating on an opponent would be a school yearbook.  These pictures, which were available in a public library, timed before the election, would have devastated Northam, who ran a campaign pandering for the black vote.

Ilhan Omar’s recent national headlines also expose this failure of the GOP to conduct sufficient research into those candidates they’re competing against for important positions.

I reached out to Patrick Coolican, a writer for the Star Tribune (Minnesota’s largest liberal newspaper), which first published the documents that support the claims that Omar was married to her brother and also participated in immigration and tax fraud.  Additionally, documents show that she used congressional lawyers to fix her fraud with the IRS.  Coolican says he first wrote about the allegations back in 2016, shortly after the DFL primaries.

So why did her Republican opponent not run a brutal campaign exposing Omar and these allegations?  The rumors were already established, yet the evidence wasn’t uncovered until photos of her marriage license hit the internet earlier this year.  Instead, the attacks seemed baseless; were written off as Islamophobic; and had no sway on the election, where Democrats maintained a three-seat majority for Minnesota in the House.

I also spoke with Mike Cernovich, the journalist whose painstaking work exposing Jeffrey Epstein helped turn Lolita Express conspiracy theories into actual charges, about the exploitation of Rep. Omar’s growing popularity.  Cernovich believes that it is actually in the GOP’s best interest to have someone like Ilhan Omar filling Minneapolis’s seat in the House.

“Ilhan Omar is a far-left wing extremist,” Cernovich says.  “Democrats would never have appointed her as their spokeswoman.  Trump and the GOP did to Democrats what they never would have chosen to do themselves.”  He’s right.  Democrats have been battling internally on whether or not to defend Rep. Omar when her statements or actions are widely criticized.  The turbulent freshman congresswoman is no asset to the DNC when she receives so much controversial media attention.

“Republicans built Omar’s brand by giving her direct attention, which in our media system leads to a defense of her from Left-wing media,” Cernovich adds.  “The GOP believes, rightly in my view, that giving Omar attention will make her a de facto spokeswoman for the Democrats.  Because Omar is far left, Middle America will be concerned by the far-left-wing pivot Omar will take the party to.”

While most of the media are poised to appease liberals, they are being actively trapped by President Trump and other Republicans to shine a bright spotlight on unsavory Democratic policymakers.  There were millions of American voters who would have never known about this Minnesota representative, but now her hateful rhetoric will move the quiet middle ground, who may not like Trump but are more turned off by the ridiculous and insane Alt Left.

A lot of Republicans I spoke to agree with Omar actually being a help for the GOP in major elections.  While her seat is in one of the most Democratic districts in arguably one of the most Democratic states, it was not a lost cause for the RNC to seriously campaign in 2018.  Even worse are the candidates who have filed to run for Omar’s seat in 2020.  One is a baby-voiced and possibly perpetually intoxicated woman named Danielle Stella.  Only two days after her official launch, Democrats’ own opposition research gave meat to the media when uncovering a pending felony for shoplifting hundreds of items from a Target.  The only other declared candidate running against Omar is an independent, Christopher Kelley, a local police officer who was disturbed by Omar’s 9/11 comments.  As of writing this, Kelley has no social media presence, which is not a winning strategy in our modern era.

While many of the conservative voters I spoke to believed that Omar’s extreme views like free abortions for illegal aliens and sympathy for ISIS recruits will harm Democrats more than help, a few offered an opposing idea.

“She’s like steroids.  She might help the GOP right now, but long term [the attention] will have harmful effects,” said Matthew Green, a local voter I spoke to about the Republican handling of Omar.

Like others, Matthew believes that a platform with policies as wild as what Democratic representatives Alexandria Ocasio-Cortez and Ilhan Omar promote can become normalized the more the nation’s voters are exposed to them.  What today we would attribute to far-left radicals could be the baseline for the Democratic Party in future elections, moving the scale for what we consider moderate.

President Trump lost Minnesota in 2016 by a narrow margin (less than 2%), and the GOP should have expended more resources on flipping the historically blue state red in the following midterm elections.  All it would have taken was effective oppositional research and heavy-handed campaigning for the Republican candidates.

Even if Omar’s insane rhetoric motivates conservative votes in 2020, it should have been her defeat in 2018.  If the GOP continues to fail to conduct effective oppositional research, Republicans are at risk of losing seats in both the House and Senate in 2020.  Like Achilles, they will fall with victory in sight.