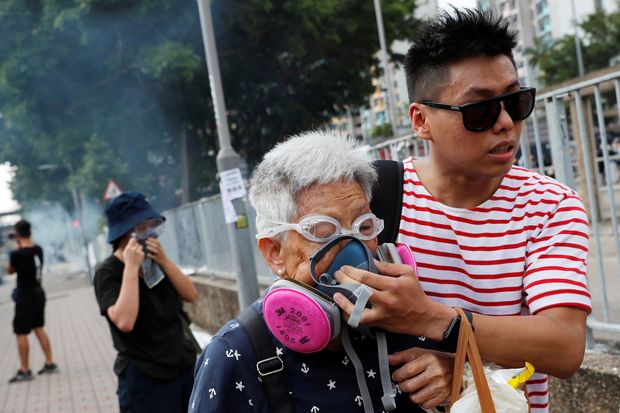 HONG KONG—In 2014, a protester named Chloe camped out on city streets, chanted slogans and planted “seeds of hope,” part of a 79-day occupation of major roads. The protesters’ demands for greater democracy were ignored.

This summer, the civil servant, who is in her 20s, has zip tied metal barriers together to block roads and dug bricks out of sidewalks to throw at police. Her primary role is to be “arrest support”—ready to hire lawyers for detained protesters and help their families with an emergency plan.

“Some of them are prepared to die for the movement,” said Chloe. “I am also willing to die for it.”

Hong Kong’s protests against the mainland government’s increasing reach are emerging as bigger, more frequent and more violent than previous pro-democracy movements. In a contrast to 2014, when demonstrations were largely led by students, the current action has been embraced by a broader cross-section of Hong Kong society—including civil servants, pop stars, doctors, shopkeepers and people of all ages. And those taking part in more radical acts of civil disobedience are finding wider support.

Hard-core current protesters have largely rejected the strategies of veteran leaders, whose approach is seen to have failed. Actions are mostly organized by anonymous leaders of small groups. In 2014, named student leaders became well known figures.