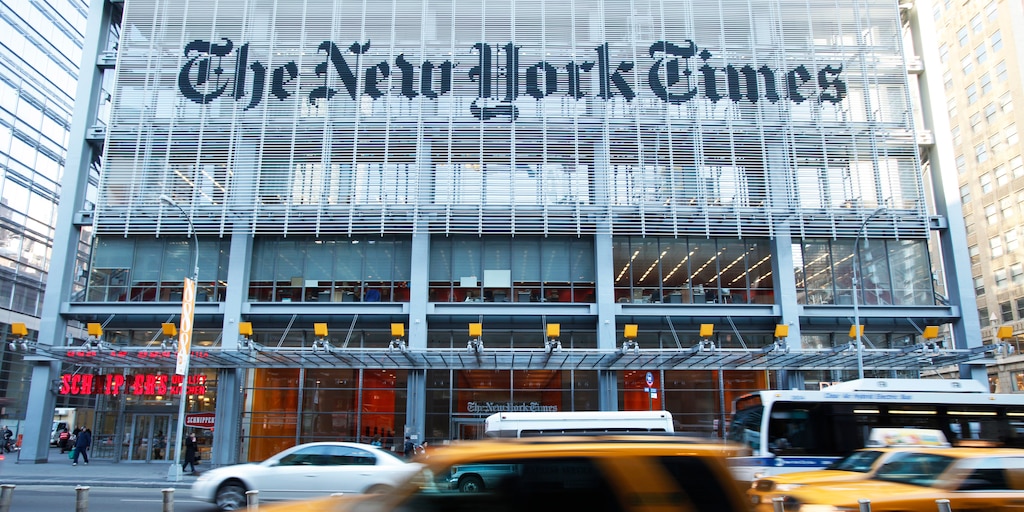 The New York Time Company saw its stock tumble as much as 20% on Wednesday after the newspaper publisher said it expects advertising revenue to shrink by high-single digits in the third quarter.

Markets Insider is looking for a panel of millennial investors. If you’re active in the markets, CLICK HERE to sign up.

“We expect the second half of 2019 to be somewhat more challenging for digital advertising than the first half, with this year’s revenue comping against our large gains in the third and fourth quarters of 2018,” Chief Executive Officer Mark Thompson said in a statement.

The sluggish forecast is a concerning sign for the New York Times as the segment accounted for 48.1% of the publication’s total ad revenue in the second quarter.

Subscription sales are expected to jump by low-to mid-single digits in the third quarter, with digital-only subscription revenue climbing in the mid-teens.

The Times also said it added 197,000 digital-only subscribers during the period bringing its total subscriber base to 4.7 million. The publication’s goal is to hit 10 million total subscriptions by 2025.

“While profitability declined in the quarter, that is in large part a result of continued investment into growing our subscription business,” Thompson said.

The New York Times Company is up roughly 40% year-to-date.