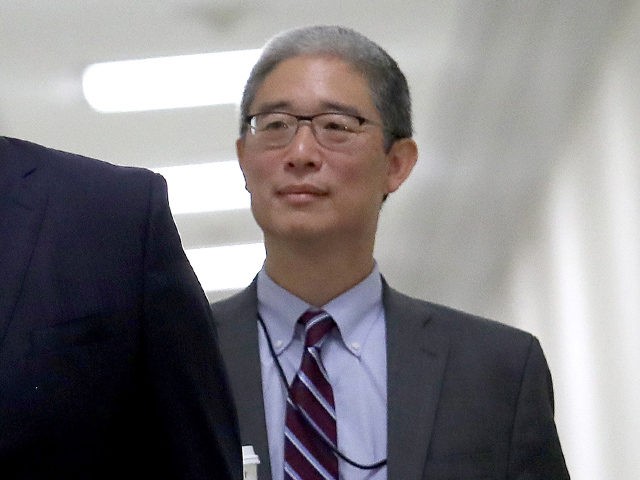 Newly released Federal Bureau of Investigation (FBI) records of its interviews with senior Justice Department official Bruce Ohr reveal that the FBI used Ohr as a conduit to “pee dossier” author British ex-spy Christopher Steele in 2016 and 2017, even after the FBI officially fired Steele for having unauthorized contacts with the media.

The questionable behavior by Ohr and the FBI during the investigation of the Trump campaign was revealed in FBI interview records known as “302s” recently obtained through the Freedom of Information Act by conservative watchdog group Judicial Watch.

“Ohr was corruptly used by the FBI as a conduit to Clinton spy Christopher Steele and the Clinton-DNC spy ring at Fusion, and we now have received 34 pages of ‘302’ report material from the FBI interviews of Ohr — documents that Congress has been seeking but have been unable to get for over a year,” Judicial Watch said in a statement.

The 302s also revealed other questionable practices by Ohr and the FBI throughout 2016 and up to the beginning of the special counsel investigation that began May 2017.

Here are the top takeaways from the records:

1. The FBI fired Steele in November 2016 for leaking to the media but continued communicating with him through Ohr at least until May 2017.

The 302s showed that after the FBI fired Steele in November 2016 for unauthorized contacts with the media, it continued through Ohr to receive information from him and sought to communicate with him through May 2017.

Ohr, who had known Steele since 2007, had a meeting with him on July 30, 2016 — right before the FBI formally launched its investigation into Donald Trump, according to the 302s. But Ohr maintained contact with Steele after the election. Between late November 2016 and May 2017, Ohr spoke with Steele nearly a dozen times, and the FBI interviewed Ohr about those contacts often just days after. The FBI documented their interviews with Ohr as 302s, or as official witness interviews.

The 302s revealed that Ohr also met with Fusion GPS co-founder Glenn Simpson, who hired Steele to produce the dossier. On December 10, 2016, Simpson gave Ohr a thumb drive containing research he believed to be from Steele. Ohr turned over the thumb drive to the FBI as evidence two days later.

Rep. Jim Jordan (R-OH) noted the oddity of the FBI terminating Steele but continuing to keep contact with him through Ohr and then interviewing Ohr as a witness: