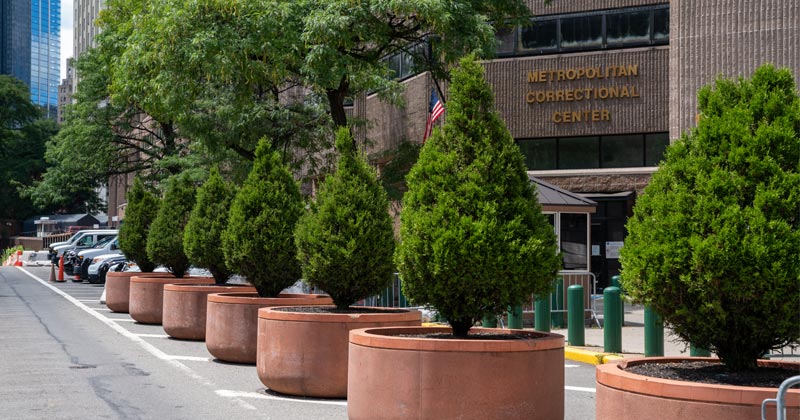 Inmate suicide is “nearly impossible” at the “ultra-secure” lockup that was housing Jeffrey Epstein, according to a media report.

The federal Metropolitan Correctional Center only had one successful suicide in 21 years when Louis Turra hung himself in 1998.

A handful of suicide attempts were also reported, but life in the specialized units often involves inmates being watched by cameras in their cells and checked by guards almost constantly.

One former inmate, Uzair Paracha, who was held there for two years until 2005, wrote he was subjected to frequent strip searches, isolation from other prisoners, lights that were left on 22 or 23 hours per day.

Apparently Epstein wasn’t given the same treatment considering another media report stating that the convicted sex offender wasn’t checked every 30 minutes by guards as required – and was even removed from suicide watch despite having been found injured in his cell in late July.

“It was not immediately clear why Epstein was taken off suicide watch,” Reuters reported. “At the MCC, two jail guards are required to make separate checks on all prisoners every 30 minutes, but that procedure was not followed overnight, according to the source.”

“In addition, every 15 minutes guards are required to make another check on prisoners who are on suicide watch.”

And it was also reported that there’s no video of Epstein’s death.

“There’s no surveillance video of the incident in which Jeffrey Epstein apparently hanged himself in a federal lockup in Lower Manhattan, law enforcement officials told The Post on Sunday,” the Post reported in a separate article. “Although there are cameras in the 9 South wing where the convicted pedophile was being held at the Metropolitan Correctional Center, they are trained on the areas outside the cells and not inside, according to sources familiar with the setup there.”