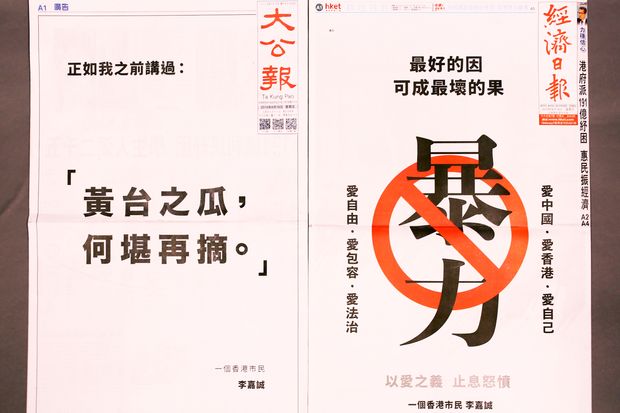 Hong Kong’s richest man bought the full front pages of many local newspapers Friday morning to run a pair of ads that cautioned protesters and authorities against further violence.

One of the ads taken out by Li Ka-shing—a 91-year-old tycoon worth $27 billion, according to the Bloomberg Billionaires Index—was aimed at the Chinese government. It referenced a Tang dynasty poem that calls on an empress not to kill her own children. The other, aimed at protesters, called for an end to violence and cautioned that the best intentions can have the worst outcomes.

The ads by a businessman who made a fortune navigating the tricky politics of Hong Kong and Beijing followed a week of some of the worst incidents of violence in more than two months of demonstrations.