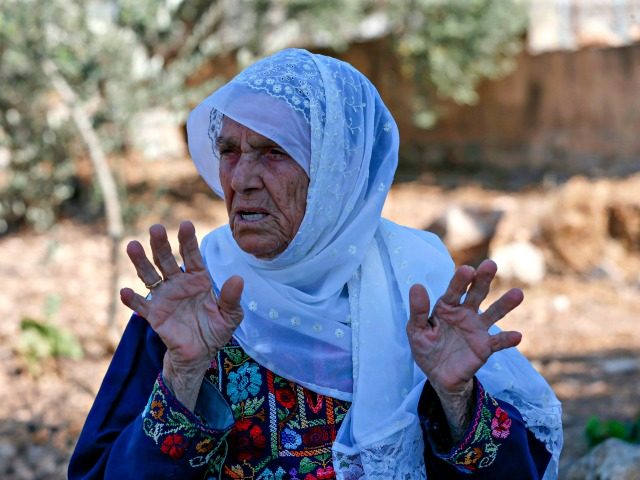 President Donald Trump ridiculed Rep. Rashida Tlaib’s political stunt on Friday after she canceled a visit to Israel to visit her aged grandmother.

“The only real winner here is Tlaib’s grandmother,” Trump wrote on Twitter. “She doesn’t have to see her now!”

Trump accused Tlaib of grandstanding, praising Israel for their generosity in allowing her to visit despite having earlier blocked her entry to the country because of her support for the BDS movement.

Israel was very respectful & nice to Rep. Rashida Tlaib, allowing her permission to visit her “grandmother.” As soon as she was granted permission, she grandstanded & loudly proclaimed she would not visit Israel. Could this possibly have been a setup? Israel acted appropriately!

Rep. Tlaib wrote a letter to Israeli officials desperately wanting to visit her grandmother. Permission was quickly granted, whereupon Tlaib obnoxiously turned the approval down, a complete setup. The only real winner here is Tlaib’s grandmother. She doesn’t have to see her now!

An Israeli official also responded to Tlaib’s rejection of the visit.

Silencing me & treating me like a criminal is not what she wants for me. It would kill a piece of me. I have decided that visiting my grandmother under these oppressive conditions stands against everything I believe in–fighting against racism, oppression & injustice. https://t.co/z5t5j3qk4H

Trump pointed out that Democrat radicals like Tlaib and Rep. Ilhan Omar were “fast becoming the face of the Democrat Party” instead of Alexandria Ocasio-Cortez.

“Cortez (AOC) is fuming, not happy about this!” he wrote.

Like it or not, Tlaib and Omar are fast becoming the face of the Democrat Party. Cortez (AOC) is fuming, not happy about this!