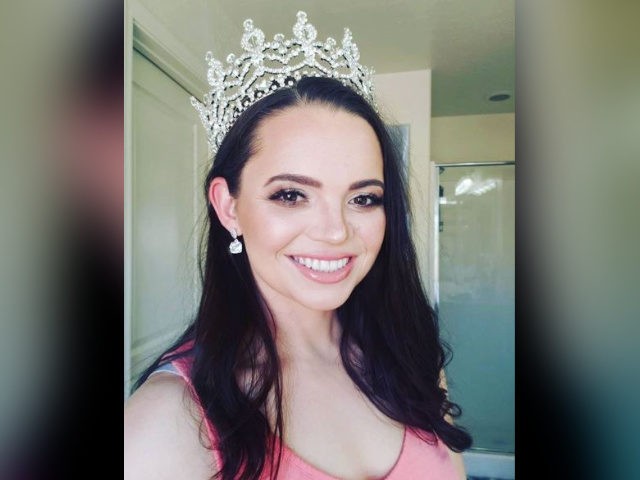 Katie Williams is disappointed that just days before the Ms. America pageant she was stripped of her Ms. Nevada State 2019 title and denied the chance to compete for the big prize on Saturday in Las Vegas. But she’s not backing down on her conservative views and values or her support for President Donald Trump.

“Unfortunately, because of my belief system, I was disqualified,” Williams said in an interview on SiriusXM’s Breitbart News Tonight with hosts Rebecca Mansour and Joel Pollak. “My First Amendment right was stifled.”